Share All sharing options for: Friday Cardinal news and notes 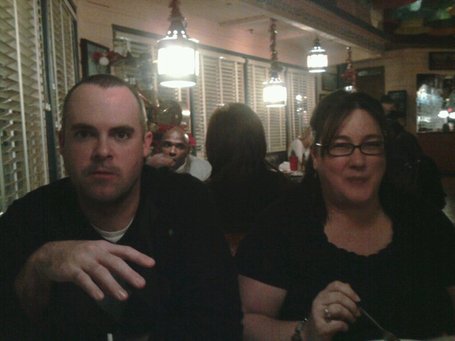 There's even less than usual going on during the dead period right now, so this will be brief.

The Louisville softball team sprung a mild upset in the Big East Tournament by knocking off No. 4 seed South Florida 2-0 at Ulmer Stadium Thursday night. The Cards will take on top-seeded Notre Dame in one tournament semifinal Friday night at 5 p.m.

In the wake of Gary Williams' retirement, class of 2011 point guard Sterling Gibbs has re-opened his recruitment and lists Louisville as one of his potential destinations. In addition to the Cards, Gibbs, a New York native, has expressed interest in Texas, Providence, Seton Hall, Notre Dame and Dayton.

N.C. State transfer Ryan Harrow - also a point guard - visited Kentucky on Wednesday. Though multiple outlets have reported that St. John's is the leader for Harrow, he is still scheduled to visit U of L on Sunday.

The Louisville baseball begins a key three-game series at Connecticut on Friday. The Cards are not even assured of making the Big East Tournament at this point, a role which is drastically different than any other they've played during the Dan McDonnell era.

"It's been a real challenge, but like I tell our coaches, no one is going to feel sorry for us," McDonnell said. "We've been the bully for the past four years or so. Now the bully is getting picked on. It doesn't seem like there is a whole lot we can do about it other than learn from our mistakes and make adjustments in the future."

Scout.com has updated its rankings for the basketball class of 2013. The No. 1 overall prospect lists DePaul as one of the schools he's looking at. That says all I need to know about those rankings.

And finally, good news for freshman quarterback Teddy Bridgewater, who announced on Facebook that his mother was Cancer-free. Great news.