Share All sharing options for: Cardinal Wednesday news and notes 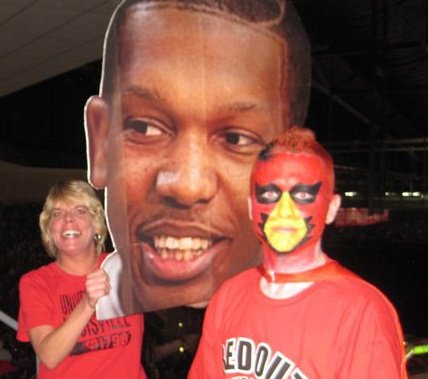 The moderately well-documented struggles of the Louisville baseball team continued on Tuesday as the Cardinals were handed a 5-1 loss by No. 1 Vanderbilt. The Commodores used a pair of second-inning homers to force U of L (25-24) into its second six-game losing streak of the season. Before this year, the Cards hadn't lost six straight since 2004. A loss at Connecticut on Friday, and the program will be in the midst of its worst losing streak since it dropped 12-straight in 1996.

"We surely want to win the game, but we've got to be ready for Big East play," he said. "Our best opportunity now is to move up in the rankings in the Big East and get in line to play well in the conference tournament."

U of L starts a weekend series in Storrs on Friday at 6 p.m. After a mid-week trip to Bloomington to face Indiana, the Cards will end the regular season at home next weekend with a weekend series against Notre Dame.

In far more creepy news, former Louisville-commit and class of 2012 sensation Rodney Purvis told Rivals.com that the four main teams vying for his talents are now Kentucky, Duke, NC State and Florida. He added that he has not spoken with a U of L coach since his decommitment last week.

Hours after this news broke, Purvis tweeted: "I never said Louisville was out of the picture." This tweet coming hours after a "#BBN (Big Blue Nation) whats up ??" tweet.

If you blame Purvis or believe that players from different eras didn't wish for attention in similar doses, you're mistaken. The system is so completely f--ed up and creepy, that if given the opportunity, I would absolutely abuse it about 1,000 times worse than Purvis, Tony Wroten or any of the other recruits whose "sagas" we've followed in recent years.

If everyone in the college basketball world were hanging on each word typed or spoken by 16 or 17-year-old Mike Rutherford, I would commit to a different school every single week. I'd be asking for Marist Nation shoutouts, I'd be telling Grambling St. fans that the story of a small white kid leading a historically black college to a national title was "something that's definitely been weighing on my mind," and the hiring of Jerry Wainwright by Fresno State would have turned my entire recruitment upside down. It'd be a front-page story in 15 different states. I'd also tell John Calipari to suck something. I'm not sure what, but rest assured it would be vulgar and it would make headlines. Then I'd commit to Louisville on national signing day like everyone had originally thought (kid's a lifelong Louisville fan, hell, he even has a blog...how could we have been fooled so easily?!?!) and I'd instantly become the most hated college basketball player in history. But all the people who hated me would only be doing so because they couldn't come to terms with the fact that they actually hated themselves, which is why they were drawn to recruiting in the first place.

So, yeah, I don't know what Purvis is going to do.

North Carolina State point guard Ryan Harrow has announced that he plans to visit five schools before making a decision on where he intends to transfer. Harrow, who averaged 9.3 points and 3.3 assists as a freshman last season, will begin his visits with Kentucky on Wednesday. He will reportedly head to Louisville on Sunday.

In addition to U of L and UK, Harrow will be taking trips to St. John's, Texas, and Georgia.

Even though it would obviously behoove us more if he were eligible right away, Harrow would still be a big land. He definitely possesses the ability to be your starting Cardinal point guard in 2012-2013.

It's a tough call because you have to have both Garcia and Williams out there, which means you're either going to have to slide T-Will down to the four to make room for a two-guard (probably Taquan Dean), or Franny's going to play the two so you can have a true four (probably Earl Clark) on the floor.

Ultimately, here's what I got:

Also, don't be afraid to let your Larry O'Bannon freak-flag fly. If that TSF tournament had been around seven years ago...

Marcus Smith, DE, Soph: A high school quarterback, Smith started off at Louisville as a linebacker and mostly saw time on special teams as a freshman. He put on nearly 30 pounds to bulk up to 251 and was moved to defensive end this spring, where he showed off his athleticism and natural instincts. The Cardinals think he can become a disruptive pass-rusher.

Dexter Heyman, LB, Sr: Heyman has played ever since his freshman year, moving from linebacker to defensive end and back. He's never quite lived up to expectations. But now as a senior leader at middle linebacker, he had a big spring and could close his career with a flourish.

Will Stein, QB, Jr: Stein held off a challenge from freshman Teddy Bridgewater to emerge from the spring as the starting quarterback. The former walk-on makes up for his lack of size with smarts and an accurate arm. He could have a solid season managing the offense as Adam Froman and Justin Burke did a year ago. 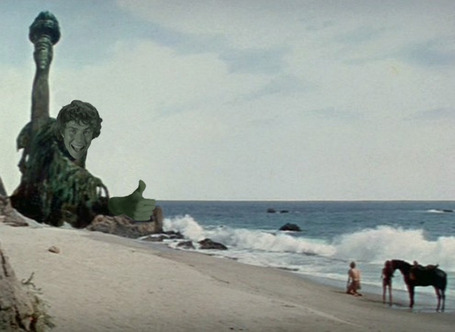 The 24th-ranked Louisville tennis team will face Cornell in the first round of the NCAA Tournament on Friday in Lexington. If the Cards advance, their next opponent will likely be the Wildcats of Kentucky. The team was reportedly given a pep talk by Bellarmine basketball coach Scott Davenport on Monday.

I'm reluctant to give anymore coverage to tennis since no one affiliated with the program has come through on my request for a Cardinal tennis sweater-vest, but whatever, if they beat Kentucky in the NCAA Tournament I guess we can call it even. But if they don't, I think we all know what that means....two sweater-vests.

U of L and WKU announced Tuesday that they are extending the basketball series between the two schools through the 2015-2016 season. The extension includes a meeting in Nashville's Bridgestone Arena during the 2012-13 season, and a trip to Diddle for the Cards in 2014-2015. The two are already scheduled to face-off at the Yum Center next season.

I'm behind the extension for a number of insignificant reasons, but mostly because Western still owns the edge in the all-time series with Louisville, 39-35. Let's erase that, HENDO.

The word on Missouri quarterback Tyler Gabbert is that his potential transfer list is set at four: Louisville, Arizona, Wake Forest, and Iowa.

Finally, I'd like to give a belated congrats to CardsFan922, who celebrated the birth of his first child (a boy) while I was away in finals hell. He named him Marra.

He didn't name him Marra.