The 2011 NFL Draft begins Thursday night at 8pm EST with the first round of 32 picks. The second and third rounds will resume on Friday night at 6pm and the final four rounds will conclude on Saturday, beginning at noon.

Television coverage of the draft can be found on ESPN, the NFL channel, and ESPN2 (3rd round on Friday). ESPN.com typically provides live streaming updates, real-time draft boards and chat rooms during the draft but it doesn't appear that the video stream will be provided via ESPN3.

1. Johnny Patrick will be drafted before Randall Cobb

But don't expect to hear their names called until Friday. Both players are projected to be second round prospects but it bears mentioning that Cobb was one of the record 25 players invited to attend the draft in person. That said, one would assume Cobb will hear his name & alma mater called first but here's hoping for an upset, for rivalry's sake. Admit it, you're tired of pretending to ignore UK fans when they brag about having our number, particularly in football. Yes it's petty, but the losing streak ends this weekend, damnit.

2. Byron Stingily will be drafted before Bilal Powell

This would probably be the biggest Louisville-related surprise of the NFL Draft, since my third surprise (below) has already been let out of the bag. Under Steve Kragthorpe, Powell was stuck grinding out a spot on special teams (Larry effing Taylor) as an underclassman. During the last five games of his junior season in '09, he averaged less than six carries per game. His recurring hamstring injury at both the NFL Combine and Louisville's pro day did him zero favors and I heartbrokenly expect him to fall to the sixth or even seventh round.

I hate typing that. He was the face of the program last year and has the reputation of a humble, hard-working kid who's very easy to root for. But considering Powell's limited availability during pre-draft evaluations, I fear a slide.

At this point last year, Powell would've gladly taken a sixth/seventh round selection, but after amassing an impressive 1,400 rushing yards under Strong as a senior, it'll be a small letdown if he's still waiting to hear his name around dinner time on Saturday. I really hope I'm wrong on this one.

Derp selection predictions: Stingily early in the sixth round, Powell middle of the sixth

3. Adam Froman will be drafted on Saturday

As Mike mentioned earlier in the week, a handful of draftniks are high on Froman's potential as a late round project. His stats and winning percentage won't dazzle anyone, but Froman has several tools that scouts look for when drafting on potential, including the leadership qualities that were touted so often by his coaching staff and fellow teammates at Louisville.

Derp selection prediction: Sausage King taken in the seventh round

1. Cam Newton will be drafted first overall by the Carolina Panthers 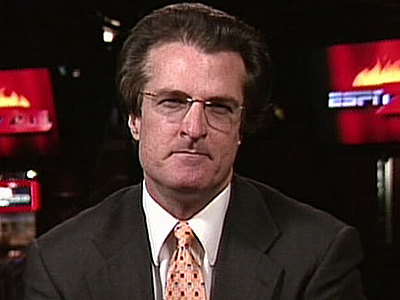 2. Your significant other will comment on Mel Kiper's hair

3. Fat guys will own the first round

Expect to see a large load of offensive/defensive lineman taken on Thursday evening. I think we'll see around 18 of the first 32 picks go heavy early.

Note: Starting Saturday night, I plan to maintain a running un-drafted free agent (UDFA) thread for all Louisville players, like last year, based on Facebook updates, Twitter feeds and sites like this. This may not be possible if teams aren't allowed to sign UDFAs this year due to the ongoing collective bargaining agreement situation and pending appeal. Some are saying that if teams aren't allowed to sign UDFAs immediately after the draft, the UFL could poach some of these players. As it stands right now, it appears that NFL teams cannot sign free agents, and that's a shame.

Apparently, the Denver Broncos will live-stream their NFL Draft "war room" beginning at 7pm EST, an hour prior to the start of Thursday night's first round, to include real-time audio throughout the night. Sure, the Broncos currently have rights to just one first round pick--the second pick overall--and Cam Newton is widely rumored to be Carolina's first pick, but the possibility of a profanity-laced tirade aimed at Al Davis' ghost is worth checking out. Go ham, Denver bros...nobody's listening.