Share All sharing options for: Great Steamboat Race will pit UofL vs. UK

For the first time ever, the Derby Festival's Great Steamboat Race will have a theme other than "slowest fixed sporting event in North America."

This year, the Belle of Louisville will be decked out in U of L Cardinal-red, while the Belle of Cincinnati will be done up to represent the University of Kentucky. Kind of a cool idea to breathe a little life into the event. 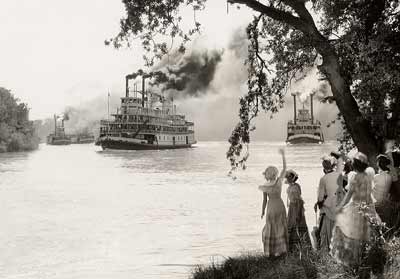 No word yet on whether or not Belle of Louisville captain Mark Doty plans on double-teaming Terrence Jones for 40 straight minutes.

I'd also like to add that I took the news about the Great Steamboat Race worse than I took Santa Claus. A small part of me still believes it's real. Keeps me sane.