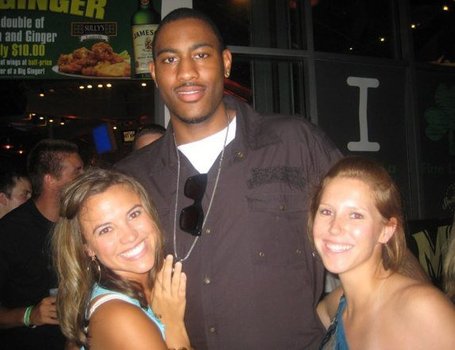 I date one of these chicks. I "accidentally" poured beer on the other's head one time. Neither is as tall as Terrence Jennings. All three of them can dunk.

The Kevin Ware saga has now officially reached the point where it's earned "saga" distinction, as evidenced by the first four words of this sentence.

Here's the timeline to date:

Ware receives his release from Tennessee
Ware claims Louisville is his leader
A story says Ware will visit and commit to UCLA
Story isn't true, UCLA doesn't offer
Ware reiterates that Louisville is his leader
Ware visits Central Florida
Ware talks to Rick Pitino
Ware commits to Central Florida
Ware says he's not playing in the Derby Classic, presumably because U of L fans were being mean to him on Twitter
Ware says he's coming to Louisville and playing in the Derby Classic
Ware is rooming with Chane Behanan in Louisville
Central Florida can't accept Ware's letter of intent because you can't sign with two schools in one year
Rumors swirl that Ware is back on the market
Ware's step-father says he's still going to Central Florida
Ware apparently isn't as sure, and neither is anyone else

Michael Carvell, who covers recruiting for the Atlanta Journal-Constitution, says this whole thing (whatever it is) is a long way from being over (awesome). It certainly seems like a case of a lot of different people attempting to pull the young man in a lot of different directions.

Nothing against Ware, but the fact that he's receiving this much attention just shows how absurd things get in the college sports world between April and August. The kid's got some serious athleticism, but there's no way that he alone will make the difference between one win or one loss next season, or probably the year after that. But with nothing else going on, fans keep hearing this same name over and over and all of the sudden some people start treating this kid's recruitment like the fate of the Western world depends on it.

With things snowballing the way they have, at this point all I hope is that the kid makes whatever decision is best for him. If that entails him ending up here, so be it. If it doesn't, same deal.

Please don't talk to recruits on Twitter. And if you can't resist the urge, be respectful.

That's me in the corner holding a glass, the contents of which you can't quite make out. Whatever it is, I don't appear to want to waste much time with. Sad? Confused? Resigned? The look on my face somehow manages to convey all three in equal proportions. You want to say hi, but think better of it. A few years ago we would have danced.

ESPN and the Big East are talking TV contract once again, which is good news for you and me.

ESPN and the Big East are taking an aggressive posture in extending their nearly 32-year relationship by initiating these talks much earlier than normal. Typically, with a deal expiring at the end of 2013, talks wouldn’t have started until next year.

ESPN currently pays the Big East an average of $36 million annually as part of a six-year contract for all of its sports. While initial numbers being floated may not be as rich as the ESPN/ACC deal that was struck last spring, it would still mark a major boost for the 16-team conference.

Sources indicate the early numbers range from $110 million to $130 million annually, but conference sources describe those figures as a starting point for any negotiation. The initial offer would fall short of the $155 million annual payout the ACC will receive from ESPN in a deal that kicks in this summer. But the bold push by ESPN shows the network wants to lock down college rights in the face of increasing competition.

Zeke Pike, the Dixie Heights star who was recently booted from a 7-on-7 tournament after rifling a pass at an official, has committed to Auburn.

As creepy as it is, the funniest thing I've seen in some time are the screen shots a friend just sent to me of a debate that took place on U of L cornerback Preston Pace's Facebook wall. The status that starts it all is "Josh Bellamy said tornadoes form over water," but things quickly escalate into a lengthy battle of wits/grammar war between Greg Scruggs and Mike Evans. 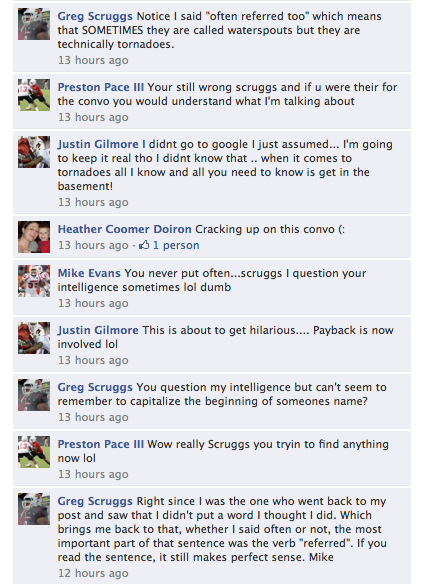 The whole thing is gold. Scruggs is going to have a monster 2011 both on and off the field.

I certainly didn't see it coming, but Adam Froman has been the subject of some legitimate NFL draft buzz recently. First, you had this CBS tweet:

And now there's this flattering piece from Bob Butterfield.

Good for Adam, and here's hoping he hears his name called at some point during draft weekend.

Darius Ashley pled guilty to driving under the influence of alcohol on Tuesday. His license was suspended for 30 days, and he was placed on four days of home incarceration with an ankle bracelet to monitor his whereabouts. He also has 30 days to complete an alcohol-education program.

I'm not a premium subscriber anywhere, but I'm told that Mike Hughes of InsidetheVille.com sat down with Rodney Purvis on Wednesday and that what resulted didn't exactly inspire a great deal of confidence.

There's also apparently been some news that Louisville is showing interest in some other kids, but whatever, I'm not going to act like I care. I'm about to go Howard Beale on the recruiting world.

I don't ordinarily pimp comments, but this one from the most recent Bullet post made me chuckle out loud (col).

Considering the past week, I need grown men to find Bullet sexually attractive now more than ever…

UK had to issue a university-wide notice on Wednesday that someone in the library was hiding under desks and stabbing people's feet.

The lone suspect at the moment? You guessed it, Marquis Teague.

In regards to this Bob Knight situation, I'm glad some members of the media have taken the time to point out that the reaction of the Kentucky fan base has been ridiculously over-the-top while still acknowledging that Knight was in the wrong.

Yeah, he said something that wasn't factually accurate, but good God, you'd think the man personally slandered the daughter of each and every one of these people. It's truly not that big of a deal. Send a poorly-worded email to ESPN and move on.

For a group of people who claim superiority each and every time the opportunity presents itself, it blows my mind how collectively sensitive "Big Blue Nation" is. The reaction of these guys a few years ago when Davidson head coach Bob McKillop was on a radio show and said, in passing, something like "a program as prestigious as Kentucky...or I guess as Kentucky used to be" was one of the more mind-boggling things I've ever witnessed. McKillop - who is almost universally considered one of the nicer people in the sport - was flooded with angry emails and eventually issued a public apology.

I can almost respect people who suck, know they suck, and sort of turn it into their own little shtick (Spencer Pratt). I can't say the same for the Kentucky fan who just cannot understand how someone could dislike Kentucky, can't fathom why someone would ever take a shot at the program, is stunned that people think John Calipari is bad for college basketball, and throws a fit each and every time he senses the slightest insult being lobbed at him or the program he loves.

People don't like Kentucky because Kentucky's unlikeable. That statement will never register with you, but I'm throwing it out there anyway.

Brian Bennett says Bilal Powell's shoes are the biggest to fill at Louisville, and that Victor Anderson is the guy who needs to grow into them.

How have the Cardinals filled in for Powell? By going back to the future. Anderson, the 2008 Big East newcomer of the year, got lost in Powell's shadow a little bit and seemingly was surpassed by sophomore Jeremy Wright on the succession chart. But with Wright out this spring with a sports hernia injury, Anderson reminded everyone how he rushed for more than 1,000 yards as a freshman. He had 72 yards on just six carries in the spring game, including a 58-yard touchdown dash.

"I think he's going to be the face of the program like Bilal was last year," quarterback Will Stein said. 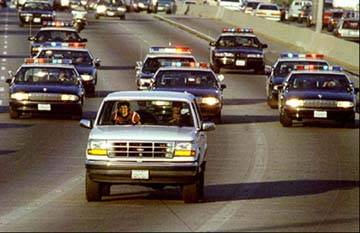 Have a good Thursday, all.