Woods was dismissed from Wake Forest after pleading guilty to misdemeanor assault of a female, which made last October's news that he intended to transfer to Louisville the subject of much controversy in these part. Still, he adhered to all of the requests made by Rick Pitino and was, by all accounts, on track to join the team and be eligible for the spring semester of 2012. 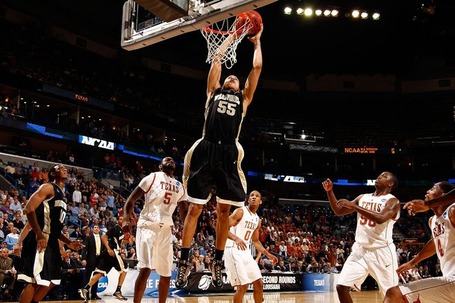 But now things have changed.

U of L was far from the only program to talk with Woods following his dismissal (a group that includes Kentucky), but the former five-star recruit chose the Cards based largely on his relationship with Fuller. With the aforementioned assistant now holding down a job at Missouri, Woods' next move is apparently completely up in the air.

I fear making any additional comment, but don't let that stop you.