Louisville vs. Morehead State: A look at the Eagles

Share All sharing options for: Louisville vs. Morehead State: A look at the Eagles 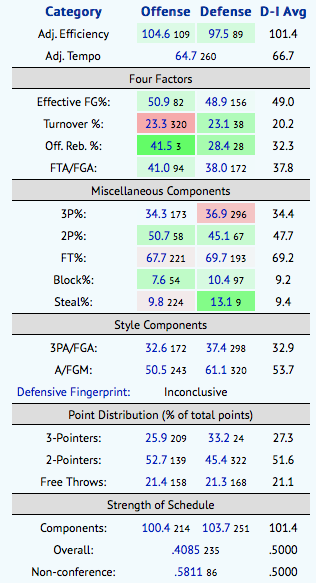 Morehead State is a bit of a tough opening round draw for Louisville for a number of reasons. The first and most obvious is that they have Kenneth Faried, whose presence alone means that the Eagles will be able to score a number of uncontested bunnies (BUNNIES) around the basket.

The second is that they're difficult to speed up. Morehead is among the nation's worst in terms of possessions per game, but they do give the ball up at alarming rate in the halfcourt. Louisville needs to turn some of those throwaways into cheap fast break points.

Also of note is that Morehead State ranks 16th nationally in steals, making this a matchup of two of the best teams in the tournament in terms of takeaways.

U of L has been a notoriously slow starter this season, but the first 15 minutes of Thursday's game will be more important than most. If the Cards allow Morehead to hang around early, then they're putting themselves in a position where the Eagles can slow things down and rely on Faried doing his thing around the rim. If U of L jumps out to a big advantage early, then Morehead will be forced to abandon its gameplan and play a style it's not comfortable with.