Conference tournament time isn't exactly the most conducive for postgame write-ups since there's always another game just a handful of hours away, so we'll be relatively brief.

I swear that right before the tip last night I said, "I think this is going to be a Marra game." I may or may not have also said, "everyone keeps waiting for this night where he goes off from three, and it's just not going to happen." 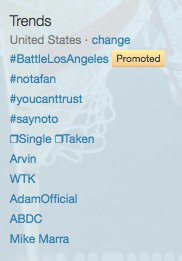 Pitino said after the game that he thought Marra was shooting better because he had finally started focusing more on the other aspects of his game, and I think there's a lot of truth to that.

The first minute he played last night, Marra hit a three, made a steal, had an assist, and drew a charge. It wasn't just the shooting, he had a tremendous all-around game. I don't think he'll be able to be as effective against Notre Dame, but here's hoping I'm wrong for the fourth time in my life.

Regardless, the guy has caught more flak this year than any player in recent memory, and no one on the team deserved to have this type of moment in the sun more than Mike Marra.

Proud to be an AMarrican today.

The players on this team almost make individual criticism impossible. Case and point: Chris Smith played every poorly in the final minutes of the first half, but he's still out there working his ass off, and as a result he finishes with a game-high 11 rebounds and hits a big three in the second half. The effort is just always there from all of them. It's remarkable.

It's amazing how good Peyton Siva has been recently, even with his current mini-shooting slump. Twenty-seven minutes, nine assists, two turnovers.

The one thing he absolutely has to work on, though, is getting his legs into his free-throws. He did a much better job of it a few games ago, but the last couple nights he's again had no bend in his legs at the stripe. Siva has never missed a free-throw that wasn't short, and that's a problem which should be easy to remedy. Bend, my friend, bend.

Pretty funny moment when Siva was trying to explain to Pitino that he missed a lay-up because of a foul that went un-called (replay showed Peyton was telling the truth...of course he was...that face couldn't tell a lie). Pitino says "Shut up." Siva then again makes an "I was hit on the arm" gesture, to which Pitino responds: "SHUT! UP!"

You had to be there.

The Marra airball is my new Gorgui goaltend. He gets one a game that I'm going to laugh off.

If you're going to hit 6-of-10 threes, I'm more than OK with one of those four misses being six feet left, right, or short.

Seven assists and one turnover for Preston Knowles, who also buried 3-of-5 from deep and played some tremendous on-ball defense. Knowles is now 24 points shy of becoming Louisville's 63rd 1,000-point scorer.

Also some solid minutes from George Goode. Pitino said after the game that fouling wasn't an issue for U of L's centers because of the depth at the position. He's right, we really didn't lose a step when George was forced into the game. 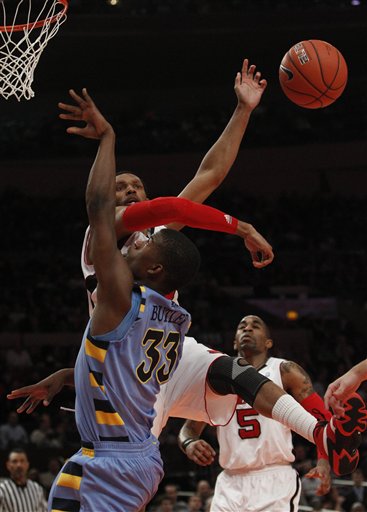 Seriously though, how amazing is it that Chris Smith is a walk-on, Kuric was originally a walk-on, and Knowles - who was offered by Louisville at a time when he was nearing high school graduation - was a two-star recruit whose only other scholarship offer came from VCU?

I never want this team to leave.

Marquette shot 30 free-throws to Louisville's 12, but it still felt like a well-officiated game. It's amazing what the removal of the incompetence of Tim Higgins and Jim Burr can do.

Another game to play in about nine hours. Cannot wait.