In a day and age where everyone with an above average ability to put a ball inside a hoop is reminded of how special they are at least a hundred thousand times before they graduate high school, Rick Pitino is a harsh dose of reality.

As hard as it may be to believe, the man who redefined modern fullcourt pressure and who took advantage of the three-point shot like no one before him has become old school.

It's not a coincidence that the attrition rate during the Pitino era at U of L isn't exactly sparkling.

Though he came to Louisville as a 2-star recruit with zero other major scholarship offers, Preston Knowles is not an exception to this rule.

While there have been notable instances of praise - "I wish I could coach 12 Preston Knowles'" -Pitino wasn't nearly as quick to applaud the Winchester native's effort or progress during his first three years at Louisville as the Cardinal fans were. 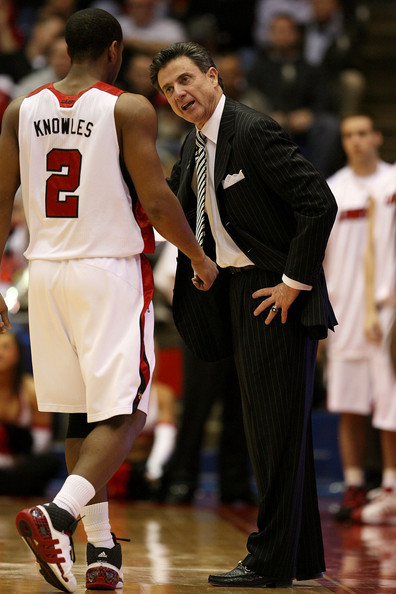 On multiple occasions, Knowles was described as being in Pitino's "doghouse," the most recent occurrence coming last spring. At various times, Pitino has criticized Knowles' decision-making, effort on the defensive end, and shot selection. Though Knowles has been widely-regarded as a lock-down defender since the moment he set foot on campus, a year ago Pitino referred to then-senior Reginald Delk as "the only above-average defensive player on the team."

But as with any particularly vexing test or trial, those who persevere and survive are eventually richly rewarded.

No one plays up his seniors like Rick Pitino. Once practice started last October, Louisville fans were bombarded with quotes like "Preston is the unquestioned leader of this team, everyone looks up to him," and "Preston Knowles will never have senioritis, he truly plays for Louisville, he's not concerned about his future." It's not that these words of praise aren't genuine, it's that their less-flattering predecessors were likely a tad overblown.

There's been talk that Pitino and Knowles sat down for a brief one-on-one at some point over the past week. Details of what was said are unsurprisingly scarce, but the gist of the equally unsurprisingly one-sided conversation was that this team has put itself in a position no one ever thought it would be, and that it's up to the senior captain to take things even further.

If Tuesday night is any indication, the conversation happened.

To put it in a way only Louisville fans will understand: Preston was even more Preston(!) against Rutgers than usual. He was unmistakably vocal (shout-out to the Scarlet Knight players and fans for allowing us the pleasure of being able to hear nearly every word), he was more adamant about the players circling for quick meetings during breaks in the action, and, perhaps most notably, he brought even more bounce to both ends of the floor than usual.

Knowles finished the night with 14 points, 8 rebounds, 2 assists and 5 steals, but it almost felt like more of a message than a performance. With every shout, with every order, and with every theft, you could almost hear the senior saying: "from here on out, this is on me." 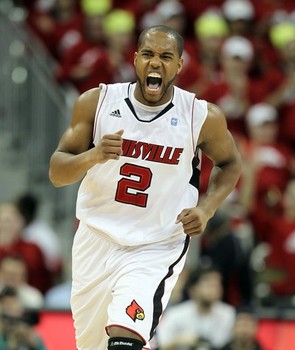 Believing it gives his team its best shot at winning in March, Pitino has made it known that he plans to use Knowles as Peyton Siva's backup point guard. To the outside observer, this doesn't make a whole lot of sense for the mere fact that Knowles is not an exceptional (good?) ball-handler. But Pitino is worried about the fact that freshmen Elisha Justice and Russ Smith are defensive liabilities, and lack tournament experience.

Despite his YMCA handles, Knowles utilizes his two biggest assets to play the one position capably: his strength, and the fact that he never seems to wear down. Let's be honest, when Preston makes a move toward the lane, it isn't always a thing of beauty. He's essentially sprinting toward the basket at full speed and the ball is just coming along for the ride. And yet, because he goes so hard and because he's so strong with the basketball, he makes things happen.

And now, with March looming, Knowles is looking to make things happen on the biggest stages.

To reach that mark, he's almost certainly going to need more than the five guaranteed (assuming Louisville is an NCAA Tournament lock) games remaining on the schedule. It's his time to make those extra games happen.