Share All sharing options for: A Chris Smith story

Friday night was a big one for a lot of people associated with the Louisville basketball program, but it may have meant more to junior walk-on Chris Smith than anyone.

Playing in front of multiple family members, including brother and Denver Nuggets star J.R. Smith, Chris Smith scored 11 points and grabbed seven rebounds to help the Cardinals knock off No. 12 Connecticut in a crucial Big East clash. His alley-oop dunk in the game's final minutes put a cap on the big victory. 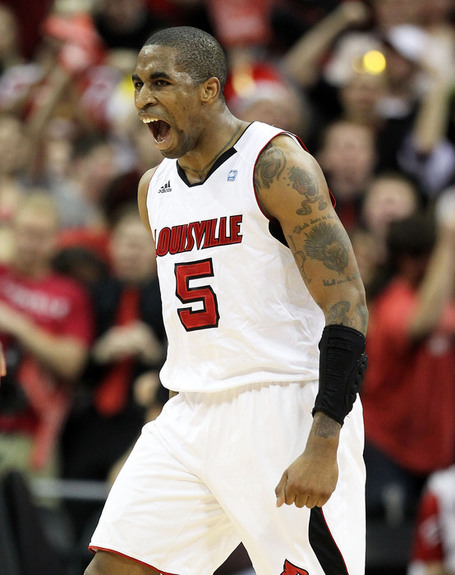 Attending a Louisville game for the first time, J.R. signed autographs, appeared on the jumbotron, and sported a "CS5" t-shirt with his little brother's image. 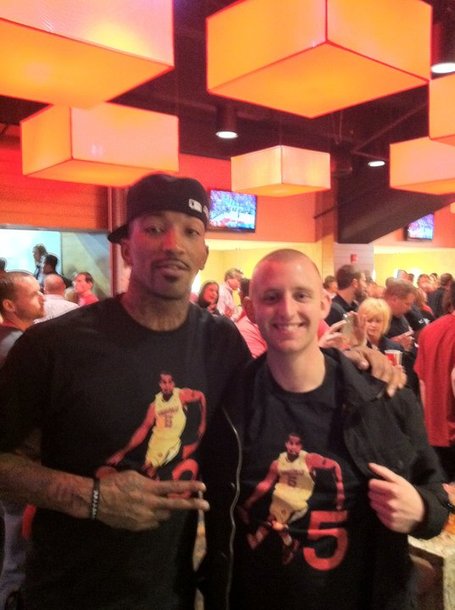 Chris also signed his fair share of autographs, and even went a little bit above-and-beyond after the game.

Here's the story, as told by Card-In-Lex:

Another cool thing happened last night. Chris Smith was signing autographs when a kid commented he liked the T-shirt Chris was wearing. Chris then took off his shirt, signed it, and gave it to the kid, who then freaked out like had just got an N64 for Christmas. It was fun to watch.

A great kid on a team full of them.