With various outlets reporting (or tweeting) that Charlie Strong was a top candidate for the Texas A&M head coaching job, it's been an anxious few days for a perpetually paranoid Louisville fan base still stinging from the sudden departures of John L. Smith and Bobby Petrino. It didn't help that Strong was not present at U of L's weekly media press conference on Monday.

Seeming annoyed that he has to make a statement any time a rumor surfaces, Strong put to bed any fears Cardinal fans might have in an interview with C.L. Brown this morning.

"What our fans have to understand is you have a coach and we’re trying to build a program, so when all the noise in the system and all the rumors start, just don’t even focus on it," Strong said. "Don’t even turn your attention to it. Nothing is going to happen."

"At some point, just trust me," Strong said. "I’m not looking for a job. I have a job. I’m the head coach at the University of Louisville."

"I work for an unbelievable athletic director, I work for a guy who has given me everything I have asked for," Strong said. "You have so much support from the university, from the city of Louisville. Now all of a sudden, a guy who couldn’t get a job has a job and has some success -- why would we ever think now that he’s just going to chop it and leave?"

"The University of Louisville is not going to become training ground for college coaches," he said.

Charlie Strong will interview for the head coaching position at St. X next Monday. If he doesn't publicly address this report, I'd say we all have cause to be deeply, deeply concerned.

In all seriousness, how stupid do we look for freaking out when less than a week ago the man was doing this at a Cardinal basketball game: 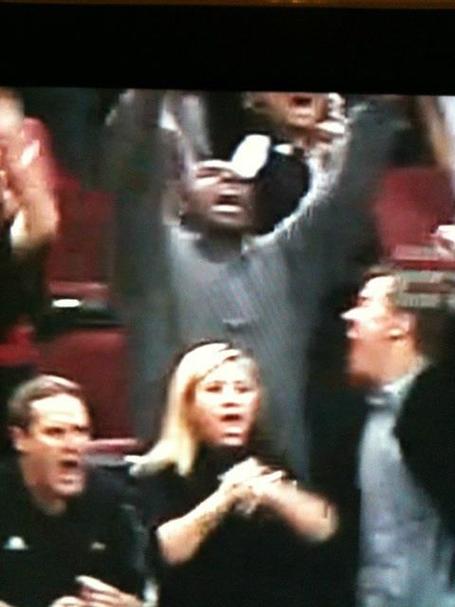