Louisville, North Carolina To Participate In 2013 Hall Of Fame Tournament

Share All sharing options for: Louisville, North Carolina To Participate In 2013 Hall Of Fame Tournament

It was confirmed last month that Louisville will be one member of an elite eight-team field in next November's Battle 4 Atlantis tournament in the Bahamas. Now, it appears is as if the Cards have locked down a spot in one of the top tournaments for 2013 as well.

According to Andy Katz, Louisville will participate in the 2013 Hall of Fame Tournament at the Mohegan Sun Arena (part of the Mohegan Sun casino/resort) in Connecticut. This is the same ESPN-backed tournament that Kentucky participated in this year, but the Wildcats dominated a field lacking a second marquee opponent. That won't be the case in two years when the Cards are joined by Richmond, Fairfield and North Carolina. 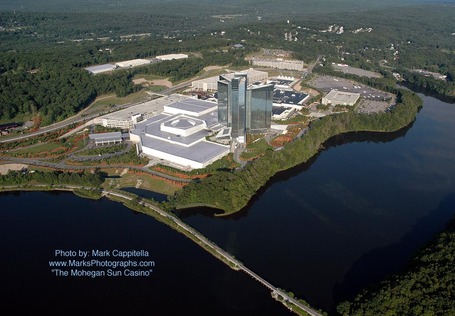 Great news for the program and for fans looking for a solid mini-vacation.