Before I get to anything else, let me say this: I'm crushed. Losing to Kentucky is always an unrivaled awful feeling, and this year is no different.

That said, this is the least upset I've been after any of the last three losses. The referees DID NOT cost us this game, but the way they officiated essentially made this a season outlier. I suppose you have to do things differently in a game that intense (and in light of what happened at the end of Xavier/Cincinnati), but neither U of L or UK will have another game the rest of the season that will be called (or played) like that.

Louisville has a lot of deficiencies to correct, and right now is absolutely 7-10 points worse than Kentucky, which is without question one of the three best teams in the country. A lot needs to change for that margin to be made up in the next three months, but it can happen.

For now, a three-step plan for you and yours: 1) Spend some quality time with Cardinal fans you love doing something you love. 2) Get some rest (literally or figuratively). 3) Have a terrific New Year's Eve.

Also, drink one for Russ. 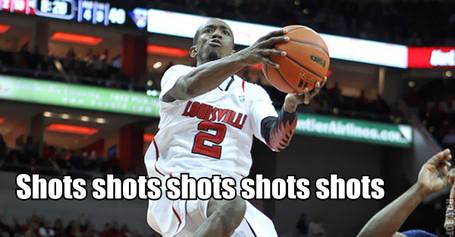