Kentucky Opens As A 12.5-Point Favorite Over Louisville

Share All sharing options for: Kentucky Opens As A 12.5-Point Favorite Over Louisville 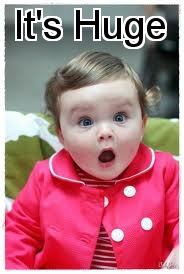 For reference, in the 2009-10 game, the John Wall/DeMarcus Cousins team that was undefeated at the time was just a 7.5-point favorite over the Edgar Sosa/Jerry Smith team that had already been blown out by Western Carolina. Twelve and-a-half is just a monster number.

Of course also worth noting is that Kentucky has not covered the spread in its last eight games. So there's that.

In other news, apparently we've been kicked out of the city of Paintsville.

Must have been all the making fun of J.R. VanHoose I did in 5th grade. Seemed so harmless.