I'm pretty sure all of us saw this coming after last season. And by all of us, I mean not one of us.

Smith was named BIG EAST Player of the Week after he helped the Cardinals defeat Memphis 95-87 by scoring a career-high 24 points and making seven steals. It was only his third start in his collegiate career. His scoring total was double his previous career high and his steal total tied for the third best in school history. The game against Memphis was Louisville’s only contest of the week.
Drummond was tabbed as BIG EAST Rookie of the Week after he posted game highs of 24 points, eight rebounds and five blocked shots in a 77-40 victory against Holy Cross. It was the Huskies’ only game of the week. The Preseason BIG EAST Rookie of the Year, Drummond is averaging 9.4 and 6.2 rebounds this season. He leads the BIG EAST with a 3.0 blocked shot average.
BIG EAST Player of the Week
RUSS SMITH, Louisville, G, So.
BIG EAST Rookie of the Week
ANDRE DRUMMOND, Connecticut, C, Fr.
BIG EAST Honor Roll
Cashmere Wright, Cincinnati, G, Jr.
Averaged 18.5 points, 7.0 assists and 4.5 rebounds in a 2-0 week. Shot 57.7 percent from the field.
Todd Mayo, Marquette, G, Fr.
In his first start, posted a game-high 22 points, five rebounds and four assists in a 93-72 win over Northern Colorado.
Herb Pope, Seton Hall, F, Sr.
Posted 24 points and 17 rebounds in an 80-77 overtime victory against Mercer.
Dion Waiters, Syracuse, G, So.
Coming off the bench, scored a team-high 22 points and added three assists in an 88-72 win at NC State. He shot
9-of-14 from the field.
Kevin Jones, West Virginia, F, Sr.
Recorded 22 points and eight rebounds in an 84-64 win over Texas A&M-Corpus Christi. He shot 11-of-16 from the floor.
Face of the program? 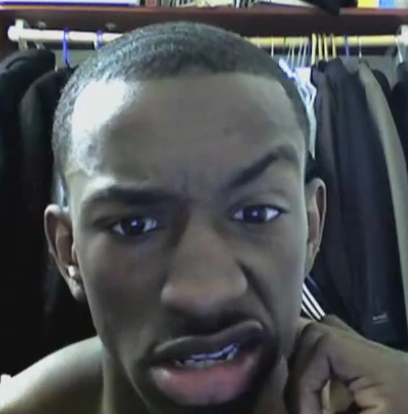