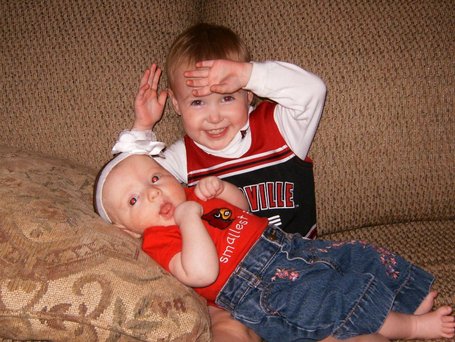 They'd just been "Brick Rolled" for the fourth time. They're not mad about it, though.

Memphis senior guard Charles Carmouche has sat out the Tigers' past four games, but will reportedly suit up on Saturday.

The 6-foot-3 guard had missed the past four games because, according to a source, he accrued unauthorized charges at a hotel during the Maui Invitational, and those charges amounted to an extra benefit. A source said the charges totaled "a little more than a hundred bucks" and that Memphis officials reported the incident to the NCAA after returning from Maui. Carmouche hasn't played since. But Pastner said the issue will be resolved before Saturday's tipoff at the KFC Yum! Center.

On the flip side of things, UM forward D.J. Stephens definitely won't play Saturday and will probably miss the whole season because of knee problems.

Congratulations to our man Earl Clark for signing a (reported) two-year deal with the Orlando Magic. 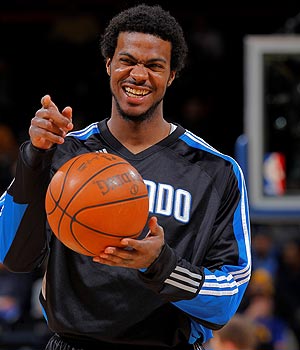 I will donate no less than 15 minutes of my Friday night to Earl Clark impressions/stories.

Check out the top ten goals of the 2011 Louisville soccer season.

Michael Bush will remain the starter in Oakland for at least another week as Darren McFadden is still out and may not return until the final game of the season. This is good news for the man from Male who deserves to be making some more bank this time next year.

I talked about this earlier on the mother site, but at what point do you think the girl from "Baby It's Cold Outside" realized she was dealing with a rapist? My guess is, "say, what's in this drink?" If not, then "the answer is no" definitely had to have been the eye-opener.

Run, woman. Run as fast as you can. 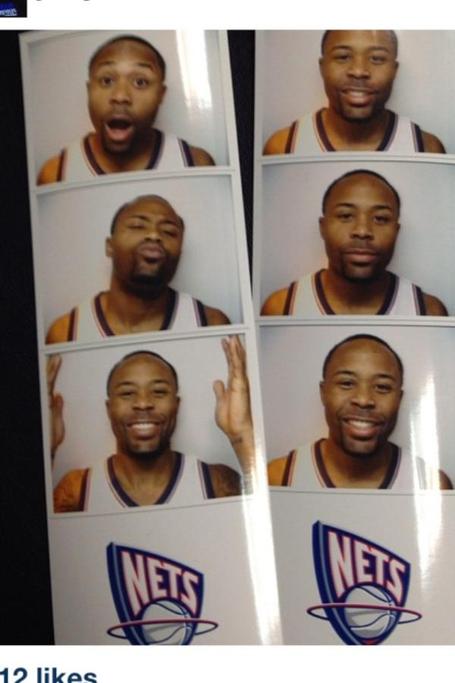 I guess he thought going with the towel would be too cliche. Suppose it'd be the photo booth equivalent of the beach/pool shot with the photographer's legs in the foreground and the pool/ocean in the background. Because you're really gonna shake things up on Facebook by sharing that one. They'll probably rename the site after you. You deserve it. You're warm, you're by water, your legs are exposed and now f'ing EVERYONE knows it. Give yourself the rest of the day off. Actually, you know what? Give yourself the year off and hit me with some "holding distant landmarks in the palm of my hand" shots.

I get annoyed sometimes.

The first in-season Bracketology is out and Louisville is a two-seed in the Midwest playing South Dakota State. You all know how I feel about this.

I'm never going to be able to see that Dr. Pepper commercial again without having "let's all just hug Will Stein" in my head for at least an hour.

Rex Chapman tweeted yesterday that he thought Kentucky fans were being a tad over-dramatic about the whole "Indiana was mean to us" situation, especially considering that they're, you know, Kentucky fans. Naturally, he got flooded by messages from folks who thought otherwise. A few said that UK fans would never damage cars, which is one of the claims made by a Wildcat fan who went to Bloomington.

It was Chapman, of course, who drew considerable heat during his time in Lexington for dating an African American woman.

Following his whole timeline is pretty surreal. The guy is quite awesome and insanely rationale despite being constantly bombarded by folks who...are not.

Good post from Jody Demling on U of L tight end commitment Hunter Bowles, whose Glasgow team recently fell to Covington Holy Cross in the 2-A state title game.

“Knowing that I will never be able to go back and win that game, it’s going to push me and my work ethic and drive to get better,” Bowles said. “I am really pumped about being a Louisville Cardinals. I can’t wait to get there.”

Bowles, who is expected to play tight end, said he’s not surprised by the early success of the Cardinals under second-year coach Charlie Strong.

“I was so confident in coach Strong,” he said. “It’s a once in a lifetime opportunity to get a chance to play for someone like that. You can see it in his eyes.

“I just can’t wait to get there and hopefully we can win more championships.”

Check out Prudat's new painting done in honor of the Memphis State game.

ESPN held an online roundtable with its six college hoops writers, and four of them really don't trust Louisville.

4. Which current top-15 team do you still not fully trust?

Brennan: It's not that I don't trust them, per se, because I think they're obviously talented and coached by one of the all-time greats … but are we sure Louisville isn't ranked just a little bit too high? They're No. 4 this week, almost by default, but their best win is at home over Vanderbilt in overtime. Their next- best win was (probably) at Butler. Maybe Long Beach State. This team will be more than the sum of its parts, so in many ways I do trust it. But as the fourth-best team in the nation? No way. Not yet.

Katz: Louisville. The Cardinals continue to impress, but the majority of the games have been at the impenetrable Yum! Center. The Cards are overachievers, and they will win a lot of games. But I'm still waiting to fully judge this crew during the rigors of the Big East schedule on the road.

King: Louisville. I love the Cardinals' cohesiveness and mental toughness and the pride they take in playing defense. But I'm not sure there's an NBA-caliber player on the roster. That will catch up with them eventually.

Medcalf: Louisville. With all of their injuries, the Cardinals are the feel-good story among the top 15. But they're essentially at No. 4 by default. They needed overtime to dismiss Vandy -- the only ranked opponent they've played. Big East play could lead to a major drop for Rick Pitino's squad.

A cool highlight video from Louisville's fall 2011 rugby season. Still don't know what's going on, but it appears as though we're dominating. That's also the story of every made-up backyard game of my youth.

If you missed it, Rick Bozich had a nice column this morning on Joe Jacorby returning to U of L to get his degree.

CBS takes a look at some Belk Bowl keys.

LOUISVILLE WILL WIN IF: the Cardinals can get things going on the ground. Sounds simple enough, but it's hardly coincidence that the Cards went 7-1 in games in which they topped 100 rushing yards -- including all six of their 5-1 sprint to the 2011 finish line -- and 0-4 in games in which they didn't. With true freshman quarterback Teddy Bridgewater still learning the ropes when it comes to putting the ball in the air (the Cards averaged just 24 pass attempts a game over those final six), the Cards simply don't have the means to overcome consistent 3rd-and-long situations. And that probably goes double against the Wolfpack, who boast All-American safety candidate David Amerson and ranked 31st in the country in opposing quarterback rating. The NCSU rush defense was somewhat softer, though (ranking 41st) and the Cardinal offensive line picked up some legitimate steam down the stretch; if they can give talented backs Victor Anderson and Dominique Brown just a few seams to work with, the Cards should be able to move the ball just enough to earn the victory.

He's a basketball player. Plays for U of L.

The Schimmel sisters will be playing a de facto home game when the Cards visit Portland on Saturday.

And finally, Frank Murtaugh of the Memphis Flyer takes a look at the history between Louisville and Memphis as well as the bad blood involved.

Sports are at their best when longtime rivals clash. Ali-Frazier. Nicklaus-Palmer. Bird-Magic. There's a reason you can't avoid Yankees-Red Sox during the summer if you own a television. These are the games that cause divorces, end friendships, stir the foulest language from the depths of a fan's cheering soul. They're games in which money, rankings, and star power don't matter. Only the final score and bragging rights.

Says Tiger coach Josh Pastner, "Since I got this job two years ago, our fans have talked to me on numerous occasions about the Memphis-Louisville rivalry and how much they want to renew the series. This is a great rivalry not only for the schools and their fans, but it's also one of college basketball's top rivalries."

We're in the final days of a six-year drought — the longest that Tiger (or Cardinal) fans should have to suffer. So get your sleep, take your vitamins, and hide anything red in your living room (including, yes, all images of Santa Claus). Memphis and Louisville are playing this Saturday. Nothing else matters.