Florida Transfers Clark And Christian Will Visit Louisville This Weekend

Share All sharing options for: Florida Transfers Clark And Christian Will Visit Louisville This Weekend

According to multiple reports, former Florida Gators Robert Clark and Gerald Christian are the latest names to join the growing list of players who will be visiting Louisville this weekend. Each player has two years of eligibility remaining.

The pair, who announced they were leaving Florida in October, both intend to take the spring semester off, meaning they will not be able to practice with their new teams until the fall of 2012. After sitting out a season per NCAA transfer rules, both would be eligible to play in 2013. 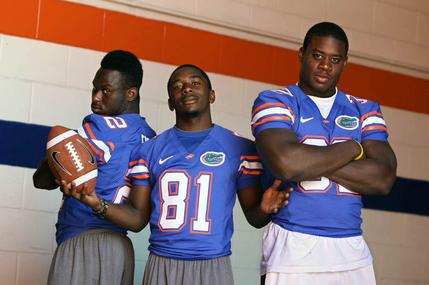 Clark is in the middle, Christian is on the right