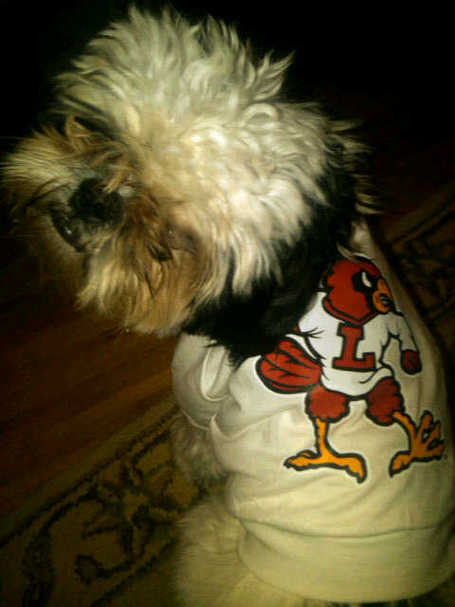 "My freshman year was hard," Siva said. "I felt like, why would I even be here at Louisville? At the end of that year I knew I really had to clamp down and learn the game of basketball if I wanted to play."

The biggest adjustment was learning to control his speed. McGee said that speed killed Siva’s game, forcing him to play out of control at times, resulting in turnovers and foul trouble.

"That’s one thing especially from back then to now he’s really changed a lot. He’s not out of control; he uses gears," McGee said. "Nobody in the country has the foot speed that can keep up with him."

ESPN has Charlie Strong at No. 2 in the race for Big East Coach of the Year.

2. Charlie Strong, Louisville. If the Cardinals keep winning, Strong could make a serious push. Louisville was 2-4 before winning three straight to get into the Big East race.

And Dexter Heyman at No. 3 in the race for the league's Defensive Player of the Year.

3. Dexter Heyman, LB, Louisville. Perhaps the most consistent player on a Louisville defense that has been solid for most of the season. Heyman has 61 tackles, including a team-high 10 for loss.

The Cards are the unanimous No. 2 in the latest SBN Big East power rankings. 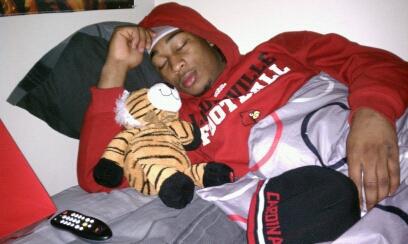 Louisville is also second in the Big East power rankings laid out by the Sporting News.

Rising: Louisville. The second-place Cardinals (5-4, 3-1), who started the season 2-4, including terrible losses to FIU and Marshall, are simply on fire now. They've won consecutively over Rutgers, Syracuse and, last weekend, at West Virginia. But their streak of strong play goes back longer than that, to tough October losses of 14-7 at North Carolina and 25-16 at Cincinnati. The surge has been led by Charlie Strong's defense, which has become nearly impossible to run on, just a drastic difference from the teams coached by Steve Kragthorpe, or even those coached far more successfully by Bobby Petrino or John L. Smith.

It seems like a two-team race now, with only Louisville having any chance to catch and pass Cincinnati (7-1, 3-0). We put it that way because the Bearcats, having beaten the Cardinals, effectively have a two-game lead. Neither program would move the dial much in a BCS game, but the Bearcats certainly have more big-game experience on their roster, for whatever that's worth. 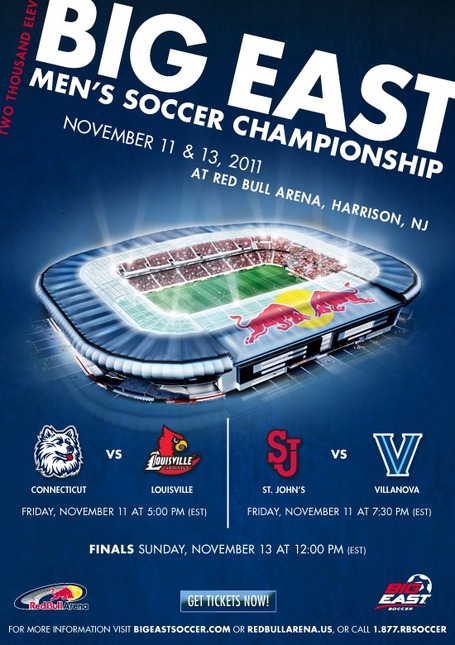 You can also check out highlights from the Cards' quarterfinal win over Marquette right here.

I feel like people have been sleeping on Burger King for the past few years. It's gotta be the not-open-late deal. Whoever made that call...yeah, they shouldn't have a job.

Classic BK chicken sandwich brought home with a Hershey Pie should be a national treasure.

I, for one, am still anxiously awaiting the day Ken Caldwell and Brandon Bender tell the real story about Louisville and bring the whole program down.

For the second time this season, Louisville has to guard against a letdown the week after an emotional road victory. The last time, the Cards didn't do a very good job.

But now he will see whether his players have learned any lessons from the way they responded after the Kentucky game. Louisville hosts Pitt on Saturday in its final home game of the season, a chance to not only become bowl eligible but to keep pace with Cincinnati atop the standings.

Strong has hammered home his "no letdown" message since the three-game winning streak started against Rutgers.

"He mentions it every day," quarterback Teddy Bridgewater said. "He just says, 'Remember what happened the last time we came off the big win.'"

And finally, a quick thanks to anyone who was involved in this.

The hell were you guys during the Pulitzer voting?

Also, a big thank you to those not involved but who would have been had they been aware.

And another thank you to those who read, but would only consider themselves to be casual fans.

And a big, final thank you to the girlfriends/wives who actually care nothing about anything written on this site, but act like they're reading in order to appease their overly enthusiastic boyfriends/husbands. You all are the true unsung heroes of Card Chronicle.