Bushell becomes the second consecutive Cardinal to earn the award. Chris Philpott's performance against Syracuse got him the nod last week.

Bushell was named BIG EAST Special Teams Player of the Week after he made a play that potentially resulted in a 10-point swing in Louisville’s 38-35 win at No. 24/21 West Virginia when he blocked a short field goal attempt that would have tied the game. Instead, a teammate picked up the loose ball and returned it 82 yards for a touchdown, giving the Cardinals a 31-21 lead. Bushell also finished with seven tackles to help the Cardinals to their first win in Morgantown since 1990. 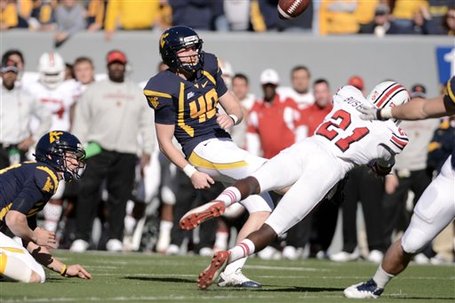