It's been a bit of a disappointing year for the Louisville soccer team, which began the season ranked No. 1 in the country, but entered last night's Big East Tournament first round game against Providence with a record of just 10-5-2.

Maybe all it needed was to feel those postseason lights again. 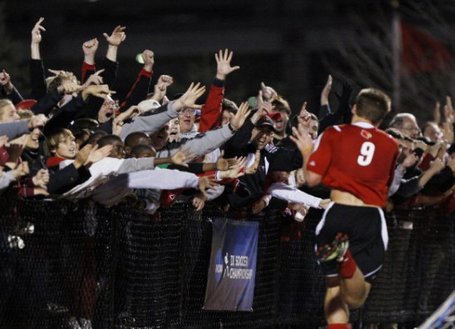 "I've always thought this team would battle for championships," said U of L head coach Ken Lolla, whose team was the national runner-up last season. "We've had game like this before (this season) when we dominated. The difference tonight was we scored goals."

The victory sets up a quarterfinal showdown against Marquette (9-2-2) Sunday at 2:05 p.m. in Milwaukee.