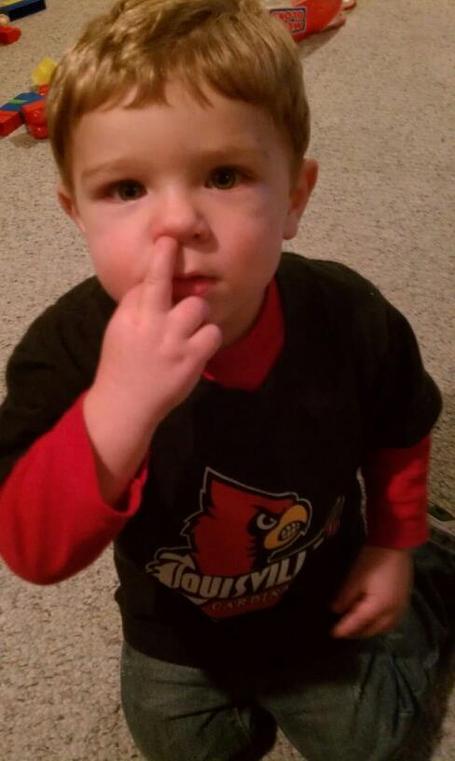 I couldn't be happier that this was the next picture in line right after I opined about how adorable your children are in the last news and notes post.

Brayden Chappell, you are a prince.

The Bearcats are currently a ten-point favorite.

I've already said this on Twitter, but if Connecticut knocks Kentucky out of the NCAA Tournament and sends us to the Orange Bowl in the same calendar year, well I think we can finally put the whole Larry Taylor deal to bed. If they can't beat Cincinnati... 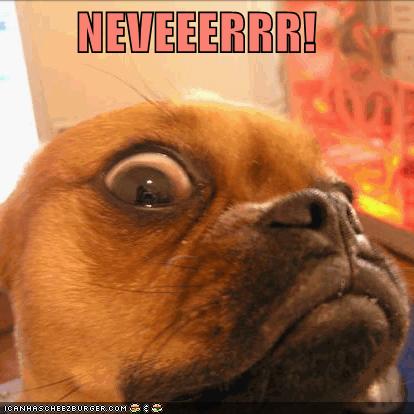 I'll be wearing the same UConn basketball shorts I wore back in April for a solid portion of this week. The U of L football players are also standing "Conn Strong."

Eric Crawford has a terrific blog post detailing the difference in Louisville's contribution from its freshmen and sophomores in the season-opener against Murray State and the season-finale against South Florida.

And the news was just as good on defense. Look at these numbers. Freshmen and sophomores accounted for:

Of the total number of recordable defensive plays, freshmen and sophomores accounted for 72 percent against South Florida.

This is why I shake my head at anyone who seriously believes Charlie Strong would consider a position like Illinois or Arizona State right now. Louisville has the potential to be a double-digit win team in each of the next two seasons, and if that happens Strong will be one of the hottest names in the game. I'm not foolish enough to believe there isn't a job in the country that could lure Strong away from Louisville, but I'm also certain that he's fully aware of what he's set up here. There's no way he's going to watch his vision come to fruition from somewhere else. 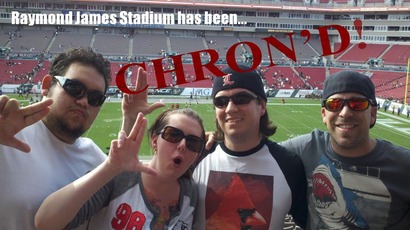 Once more, we ask: who's next?

Louisville's elite eight soccer matchup with UCLA will be played at 7 p.m. at Cardinal Park on Saturday, making it an exact replica of last year's regional quarterfinal situation. If there's snow in the forecast, you should probably make sure that you're in attendance.

The Cards move from fifth to third in this week's ESPN Big East power rankings.

3. Louisville (7-5, 5-2). The Cardinals move up two spots after their 34-24 win over USF and have finished the season with seven wins for a second straight year under Charlie Strong. They go for win No. 8 in the bowl game. Louisville ended the season going 5-1.

By my count, if they finish the season at No. 1 then they will have occupied all eight spots at some point over the course of the season.

It was a huge day for former Cards in the NFL yesterday as Michael Bush and Harry Douglas both found the endzone, Deion Branch had a monster game for the Patriots, and Amobi Okoye and Elvis Dumervil each recorded key sacks.

Mike and Harry both know where home is: 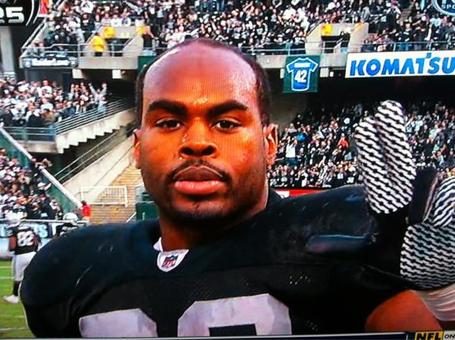 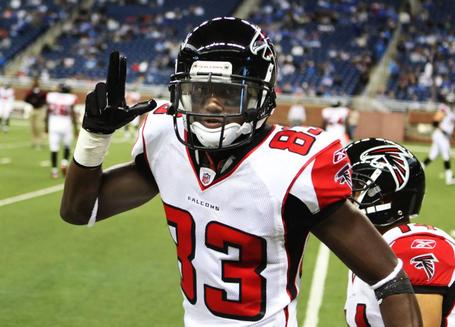 The Cards come in at No. 6 in SB Nation's new college hoops power rankings.

You'd link yourself too if you knew how much of a bitch it was to get those miniature logos down to just the right size.

Heard from a couple folks that Elisha Justice took a nasty shot to the face yesterday during practice. A concussion was quickly ruled out and he should be good-to-go for tonight's game.

The early statistics would seem to indicate that tonight's game inside the Yum will be a classic matchup of great offense vs. great defense.

I made the call for more Alf last week and several of you have responded appropriately. 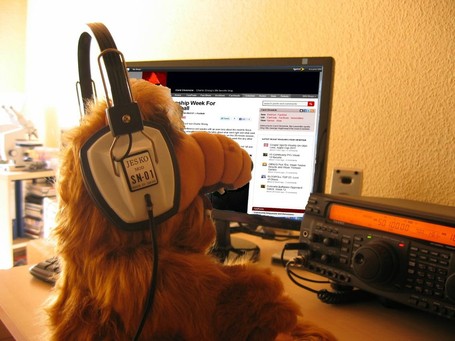 Yet again, you people are doing God's work.

The Louisville volleyball team has earned an at-large bid to make their 13th consecutive NCAA Tournament. The Cards will head to West Lafaeyette (Ind.) for a first round match against Ball State on Friday night at 5 p.m. The winner of that match will play either Morehead State or host/No. 5 seed Purdue in the second round at 7 p.m. on Saturday.

And finally, a take on tonight's game from the Long Beach Press-Telegram.