Share All sharing options for: Louisville Tops South Florida, Clinches At Least A Share Of The Big East Title

The Louisville Cardinals capped one of the more remarkable season turnarounds I can remember by knocking off South Florida 34-24 to clinch at least a share of the Big East title. The win marked the first time U of L has defeated the Bulls in Tampa.

Cards fans now must wait and root against Pittsburgh and Cincinnati. If the Bearcats and Panthers each drop at least one of their final two games, Louisville will be the Big East's representative in the BCS. WVU faces Pitt in the Backyard Brawl tonight at 7, while UC will face Syracuse tomorrow at noon.

Six weeks ago this team was 2-4 with home losses to Florida International and Marshall on its resume. Now, it's a conference champion. Simply put, one of the most unbelievable achievements I've ever witnessed by a Louisville sports team.

A gigantic tip of the cap to Charlie Strong, the Cardinal coaching staff, each member of the team and all the fans who remained supportive for a full three months. 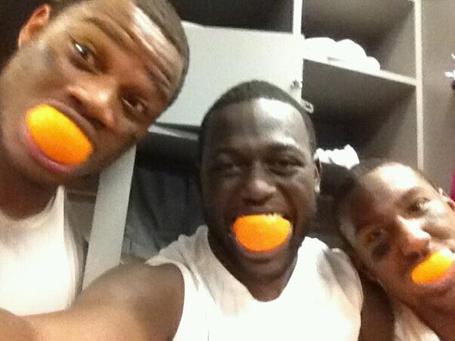