All right, see? The week is picking up and the news is getting progressively better.

According to a post on his Facebook page, U of L junior forward Rakeem Buckles has been cleared by doctors to return to practice. Cardinal head coach Rick Pitino stated at the beginning of the week that his hope was for Buckles to be cleared on Wednesday (that's today) and for him to return to practice on Thursday. Still, Pitino projects that it will be at least two weeks before Buckles is ready to see any court time in an actual game.

It's been a long road to recovery for Buckles, who dealt with three separate injuries over the course of his sophomore season.

The injury he has been recovering from is a torn ACL, which he suffered during Louisville's Feb 27 victory over Pittsburgh. He had surgery on March 16 to repair the knee. Earlier in the season, he broke his left index finger during practice on Dec. 30 and did not return to practice until six weeks later on Feb. 10. He had surgery to repair the injury on Dec. 30, which included the insertion of five pins at the Hand Care Center at Jewish Hospital. He missed the Cardinals' games against Kentucky and their first 11 Big East games, then returned for five games before the knee injury. He also missed time because of a concussion.

The only downside to Rock's recovery? 100% less this on the bench: 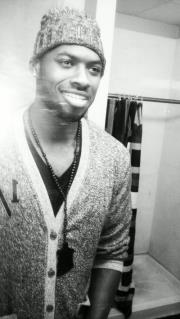