It's Championship Week For Louisville Football

Share All sharing options for: It's Championship Week For Louisville Football

I could never trust a man or woman who doesn't love Charlie Strong.

Strong comes to yesterday's weekly press conference and speaks with an even tone about the need for focus and how his football team isn't anywhere near where it needs to be. He talks about what went right and what went wrong in last week's game and compliments his team's next opponent. Judging solely on this 20-minute session, you'd have to conclude that Strong and his team were going through a standard routine this week like any other team in the country.

Then you see the following picture from offensive lineman Jake Smith, who says this has been plastered "all over the stadium...even in the bathroom stalls." 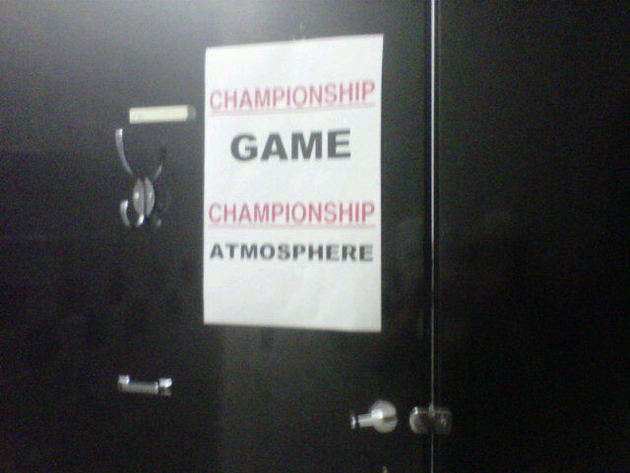 Strong is fully aware of what's at stake on Friday, and he's going to remind his guys as often as possible between now and Friday morning.

The guy just gets it.