Tip-Off Marathon Redux: Bad Basketball, No Sleep And Too Much OneRepublic

Share All sharing options for: Tip-Off Marathon Redux: Bad Basketball, No Sleep And Too Much OneRepublic

The first feature idea that popped into my head when I landed this gig was to stay up and watch every second of ESPN's 25-hour tip-off marathon. It was something I've always wanted to attempt, but had never had just cause to. What would have been borderline(?) pathetic a year or two ago was now work.

The endeavor got off to a rough start before it ever truly began, as I entered the week unable to shake some flu-like symptoms. Like Jay Cutler if he retired from football and took a job as a college basketball writer, however, I soldiered on. The second pre-marathon hurdle was also clipped when I found myself unable to nap Monday evening. The result was that the task would now result in me having to go more than 42 hours without sleep. Whatevs.

Like Scrooge anticipating his visit from the first spirit, I watched the clock creep towards midnight with a healthy fear of the unknown in full control. I also drank root beer and ate giant burritos. 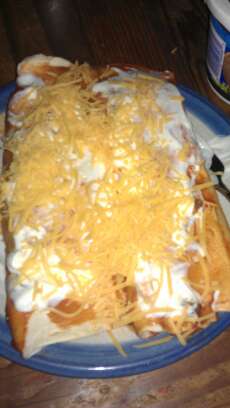 It's what Scrooge would have done.

Midnight arrived, and with it came both the commencement of the event and arguably the best game of the entire event. It was already enough of a treat that a game being played until at least 2 a.m. featured a ranked team, but Washington State's ability to stay competitive with Gonzaga coupled with Bulldog freshman guard Kevin Pangos going off for 33 points got the early morning off to an enthralling start.

I labeled the game as a 7 on a scale of 1-to-10 so as to leave room for the better, later games to assert their rightful place at the top of the scale. This would prove to be a mistake.

The next eight hours became far more about marathon trend-setting than the actual games being played, because the actual games being played were awful. Bad basketball is to be expected in November, but the lack of competitiveness is where the real disappointment was. While the basketball did everything it could to lure me into a deep sleep, the repetitive commercials and awful announcing screamed out for focus.

Apparently the desire to advertise for a 4 a.m. game between Hawaii and Cal-State Northridge is not high. The result was that every time a one-sided tilt was thrown to commercial between midnight and 10 a.m. I was greeted by OneRepublic's "Good Life," a song which played in the background of a Disney World commercial I would go on to see 21 times over the next 25 hours. This brought more of a smile to my face and kept me more alert between 2 a.m. and 10 a.m. than the basketball came close to doing.

The other repeat, repeat, repeat offenders were a pair of Cars.com commercials; one awesome (Party Like a Rock Star), and one acceptable (Hank's a real gas-guzzler). Like a group of unknown friends of a friend of a friend who show up at your party uninvited but dress and act like people you'd get along with in everyday situations, I merely accepted the existence of these ads and soldiered on without committing any additional emotion.

If you didn't watch the marathon's first handful of games, you might not be aware that ESPN has a new feature on its in-game scoreboard which lets viewers know when teams are in the bonus or double-bonus. If you did watch these games, then you are painfully aware.

In a move that was obviously ordered by the higher-ups at the four letter network, the early-morning announcers absolutely beat the introduction of this new feature into the ground. The feature was referenced or described 14 times in the six games between midnight and noon. No one was a better pawn than Hawaii/Northridge play-by-play man Mark Adams, who single-handedly enlightened viewers to the wonders of the bonus feature on four separate occasions.

What's amazing is that the bonus feature highlighting tapered off once we moved into the time of day when normal people might actually be watching, and then ceased completely during the event's primetime games. I can only assume that credit should be pointed in the direction of the displeasure I voiced in the game logs.

As far as the actual basketball is concerned, none of the four games played between 2 a.m. and 10 a.m. were decided by less than 15 points, with the average margin of victory resting at 17. Thank God for Mark Adams and his career ambition.

My eyelids rose with the sun as a pair of well-regarded mid-majors attempting to spring notable upsets highlighted the transition from morning to early afternoon. At 10 a.m., Kent State snapped West Virginia's 36-game home-winning streak against non-conference opponents with a 10-point upset win in Morgantown. I drank coffee and ate toast. At noon, No. 10 Memphis took Belmont's best shot and still walked away with a 17- point victory. I made the decision to order Dominos.

Baylor looked predictably uninspired in an equally predictable easy win over San Diego State, and J'Covan Brown dropped a marathon-high 35 points as Texas beat Rhode Island by ten. In more important maters, my body was having all sorts of trouble digesting the lethal combination of chicken tenders, cheesy bread and a second nerd rope. I'm not going to sit here and lie by saying there wasn't some concern over whether or not I would last until the first marquee game: a 7 p.m. tip between Duke and Michigan State.

Like Balboa rising from the mat or OneRepublic lead singer Ryan Tedder heading back to the mic for an encore, Mike Rutherford was not going to lie down...figuratively...at this point I had literally been lying down for about eight hours. I would say I was blessed with a second wind, but that wouldn't be accurate. The truth is I made that second wind happen all by myself. Like a skilled Dr. hooking him (OR HER) self up to a respirator with no one else around to assist. I guess Dominos would be the nurse in this analogy, but the nurse had already gone home early, mistakenly believing all was well and always would be.

The most remarkable aspect of the event's three-headline games is that they all followed an eerily consistent pattern. The underdog played surprisingly well early on, the favorite ended the first half on a strong run and the score was close at halftime, the favorite opened the second half on a tear, the favorite maintained their large lead for most of the second half, the underdog ended the game with a late flurry to make the final score respectable. It was creepy.

Duke won and Coach K broke Bobby Knight's record (not that ESPN would have noticed if they didn't), Ohio State looked extremely impressive in a win over Florida, and Kentucky's athletes were too much for Kansas.

Meanwhile, I'm on Mars. At one point I try to think about what day it is and can't come to a definitive conclusion. The next thing I know, this is happening. 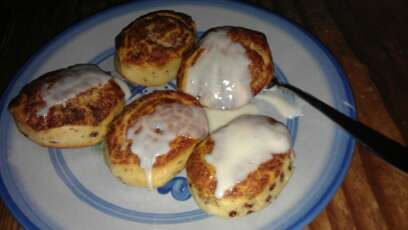 Can't remember the last time I had cinnamon rolls, didn't even know we had them in the fridge, but apparently 11 p.m. on a Tuesday (or whenever) was the perfect time to hop back on that train. A good friend once told me, "sometimes there's airplanes I can't jump out, sometimes there's bulls--t that don't work now." At this moment, I finally understand what he was talking about. Also, the fingers on my right hand are hurting and I'm worried.

Stanford rallies from a halftime deficit to beat Colorado State by 12, and the marathon is over at just after 1:15 a.m. on Wednesday morning. I'm already prepared, stripped down, confused and sheltered by bed sheets.

Number of Games Decided by Less Than 10 Points: 3

Kentucky was more impressive in terms of displaying unreal potential, but Ohio State's performance against a Florida team that also looked really good was easily the most impressive of the marathon.

I was really looking for the 2 a.m. clash of mid-major giants to keep me stimulated, but the Panthers did not come close to holding up their end of the deal. Not only could they not keep the score close, but they could hardly score at all. The only team in the marathon that really looked affected by the travel and tip time.

Always fantastic, but were especially hyped for the event.

Gets on my nerves like no one else during the NBA playoffs, but couldn't have been a bigger fan of him calling the college game.

It was like no one told them who was doing play-by-play and who was doing color, so the result was both of them talking casually about different things for the duration of the Drexel/Rider game. It was a bit trippy though, which I appreciated at 6 a.m.

For anyone looking to relive all the magic, peep the stream.