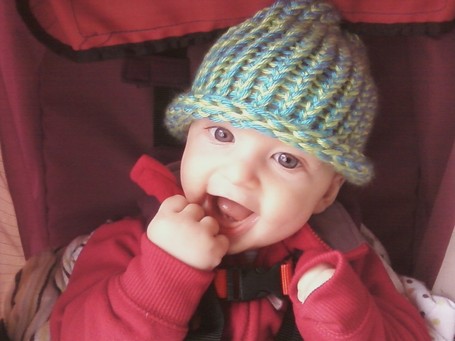 Thomas Anthony's geared up for November and the glory of college basketball and college football co-existing.

The AP discusses the unlikely storyline of Louisville climbing back into the Big East title race. They also have a pretty sweet shot of Charlie in his pink sweatshirt.

Strong's message to his players is to focus on what's happening between the lines.

"Know this, they can't come out of the stands," Strong said. "The game is played on the field. They can say whatever they want; they will be sitting in the stands. Your battle is on the football field."

This year's matchup may be especially heated following both schools' efforts to move to the Big 12, a fight the Mountaineers won. West Virginia was invited to and accepted a bid to switch conferences on Friday while Louisville remains in the Big East.

"I don't even talk about it here," Strong said of the recent conference realignment. "That's the administrators, the senators, everybody, that's their battle. Our battle, we have to go play the game and the game's going to be played on the field. It's a one-game season for us."

Is ESPN the driving force behind this whole conference realignment mess? Quite possibly.

The Smoking Musket says Louisville not sending its dance and cheer teams to Morgantown for safety reasons is crap.

Brian Ewart of VUHoops.com has the most informative breakdown of West Virginia's lawsuit against the Big East that I've seen yet.

That error is not the only one in the document, which consistently uses the term "denigrate" inappropriately. It is clear that the drafter of the complaint intended to use the term "disintegrate" instead. The sloppy drafting of the complaint makes it clear that it was a rush job to file something as soon as possible.

Some of the claims contradict themselves as well. The claim that the conference breached a fiduciary duty by failing to be "proactive" in maintaining the level of competition presumably refers to delays in expanding the football side of the conference. That claim comes shortly after a paragraph about inviting TCU to join the conference and is followed by paragraphs claiming that the conference had a duty to maintain an 8-football to 8-non-football split in membership.

The main allegations are as follows:

Before last week Louisville hadn't won back-to-back conference games in five years, but that accomplishment will mean little if the Cardinals don't build off of it.

I'm disappointed each and every time I see the new Frosted Flakes commercial and Tony the Tiger doesn't lay that kid out when they're playing backyard football. You know he could. There's no legitimate reason why someone with that body type would try and tackle an adolescent boy up high. Drive through his chest and embarrass him in front of his father. This is America. Not Amur-Ussur. Hit somebody.

The best thing you're going to see all day...Lil' Bill Snyder: 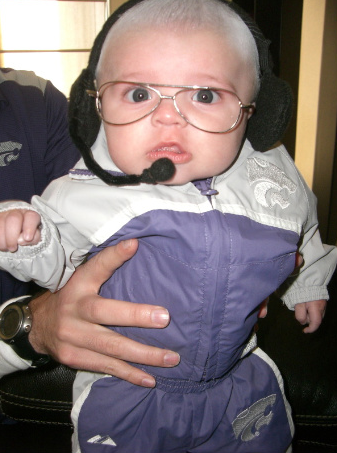 Ballin' is a Habit lists its top 25 point guards in the country, and King Peyton Siva (Three-King? Like the movie? No? All right, I'll head back to the lab.) checks in at No. 7.

7. Peyton Siva, Jr., Louisville: Siva is going to be the engine that makes the Cardinals go this season. He is one of the most explosive players in the country, a lightening bolt from end-to-end that can finish well-above the rim despite being 5'11". He leads the break that allows Louisville to get so many open looks for their bevy of perimeter shooters, but he's also the player that has the ball in his hands at the end of a clock.

West Virginia defensive coordinator Jeff Casteel is puzzled by his unit's performance up to this point.

And finally, Rick Bozich says the Louisville/WVU rivalry is one to savor.

I would very, very much like to win on Saturday.