USA Today has compiled a list of salaries for 111 of the 120 NCAA Football Bowl Subdivision athletic directors, and Louisville AD Tom Jurich ranks as the 3rd highest-paid person on the list.

According to the list, Jurich's annual salary is $1.43 million, putting him behind only Vanderbilt's David Williams ($2.56 million...wait, really?) and Florida's Jeremy Foley ($1.55 million). 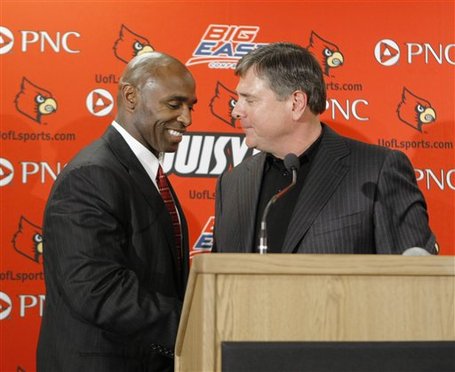 Private schools with unlisted tax information and public schools that did not list an outside income report were excluded from the database. The athletic directors not listed were from Northwestern, Penn State, Brigham Young, Miami (Fla.), Rice, Southern California, Stanford, Temple and Tulane.