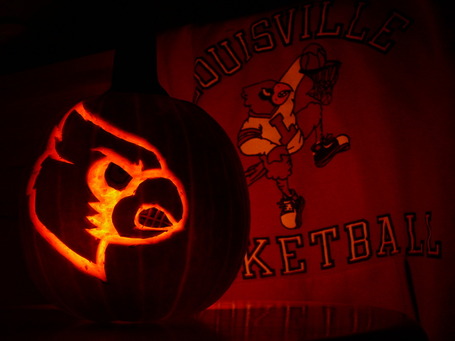 So after today's events, where do we stand? I'm tempted to just say f---ed and call it a post, but I would never do that to you guys.

The situation certainly appears bleak, but I suppose the most optimistic fact I can give you right now is this one: It wasn't more than two weeks ago that we were the runaway choice to replace Mizzou in the Big 12. I don't know what happened to change that and I'm not sure there's a single other person who does either. This thing has taken about a thousand different turns over the last year or so, and the only thing anybody really knows about is that it sucks. I'm not saying we shouldn't be worried or upset right now, I'm just saying this isn't the time for a complete loss of faith.

The other semi-optimistic note is that the Big 12 still might make a move back to 12 teams. Sure, it might be a year after West Virginia joins the league, but still...could happen. Also, the odds of Chicken actually being brought to the bucket are higher right now than they've ever been.

The news clearly alters the Big East's plan to expand to a 12-team football conference by inviting Air Force, Boise State, Central Florida, Houston, Navy, and SMU. So where does the league turn now? Initial reports have it talking with Memphis, and my guess is that either the Tigers, Temple or both end up receiving a full invite. I say both because it's hard to see Boise - and maybe Navy and Air Force as well - making a football-only move to a league without West Virginia.

Or the league could expand to 32. Who the hell knows? This sucks.

The thought of both a football and basketball Monday night game against East Carolina in the same season is going to make it hard to sleep tonight.

Naturally, Rick Pitino has an opinion on all this. That opinion is that the Big East needs to add both Temple and Memphis as soon as possible.

We must take Temple and Memphis into the Big East," Pitino told SNY.tv by phone Tuesday night.

"We must replace Syracuse, Pitt and West Virginia, if that’s the case, with Temple and Memphis. One Top 10 program, the other a Top 30 program that fit into everything we are all about."

He then adds that the countless reports that have West Virginia to the Big 12 as a done deal aren't entirely accurate.

Pitino said West Virginia to the Big 12 was not a done deal, despite reports to the contrary.

"There’s a lot of things out there that may not necessarily be true," he said. "I’m not sure what the landscape will be in a couple days, but I can assure you that it’s not 100 percent that West Virginia is going anywhere."

On a far more positive note, check out Louisville's current defensive player of the week: 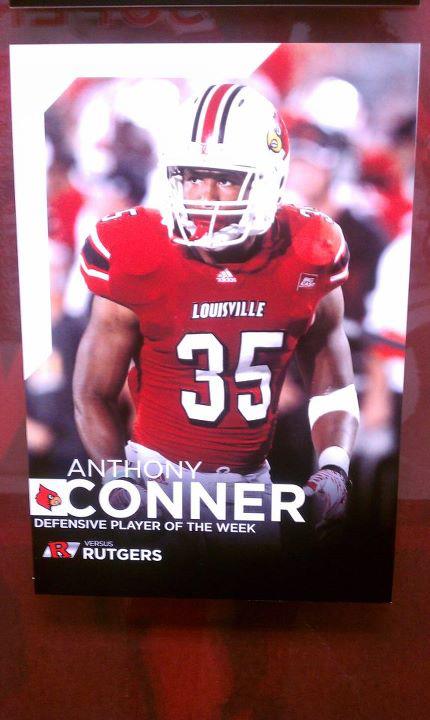 Also, the Louisville Cardinals will be playing basketball against another team inside the KFC Yum Center tomorrow night. That will be fun.

TheRecruitScoop.com reports that Louisville has offered a scholarship to class of 2013 big man BeeJay Anya out of DeMatha (MD). Rivals has Anya as the No. 29 overall prospect in the class.

Louisville's Wednesday exhibition opponent, Pikeville, is the preseason No. 1 in NAIA D-1. They're also the defending national champions. Don't freak out if this is a game.

The latest teaser from Adam Lefkoe's "The Rivalry."

DaMarcus Smith's twitter activity indicates that he plans to enroll at U of L in January. Such an Oct. 25, 2011 piece of news to happen.

In all seriousness, that would be an interesting dynamic to have tossed into the mix. Here's hoping the kid can come in with the right attitude and, if nothing else, provide some solid depth.

The UK All-Star team lost to the UK "Villains" team in overtime last night. T-Will missed a dunk. That's about all I could gather from twitter.

And finally, the comment of the day has to go to loverofthegame for his "Waiting for life to throw it over to J-Bone" gem.

That would also be the title of the 2011 Mike Rutherford biopic. It would star Gary Oldman.