A recruiting class that was already the best in the history of Louisville football got a lot better today.

Gerod Holliman, a four-star safety out of Miami whom ESPN has as the 47th best overall player in the class of 2011, picked Louisville during halftime of the U.S. Army All-America Bowl. He became the first player to ever announce his intention to become a Cardinal during the game.

Andrew Johnson, Holliman's high school teammate and a fellow four-star defensive back, committed to Louisville shortly after. Both players picked the Cards over Miami, Ole Miss, and West Virginia.

Charlie Strong's 2011 recruiting class is now ranked as the 18th best in the country according to Scout.com. U of L currently sits five spots ahead of Florida. 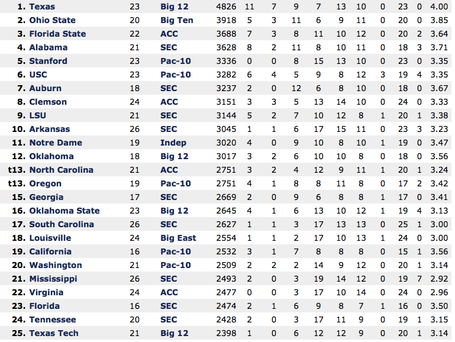