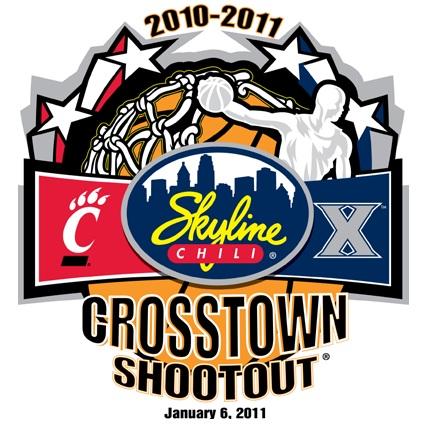 Cincinnati is undefeated and ranked, which pretty much assures an X victory. Cardscott5 is nervous.

No matter where I am, no matter what computer I'm using, "Villanova" still gets the misspelled word red underline. It's a pretty big school. Get off your ass, Jobs.

Davidson gets a Curry for three years and gets the national spotlight and an Elite Eight. Liberty gets a Curry for a year, they get bounced in the Big South semis, and he bolts for Duke and a national title. Life, Davidson, and the pursuit of happiness.

One of those great regional rivalries that make conference play so great.

If you have a short attention span, this is your game of the night. Washington begins life without point guard Abdul Gaddy, who's done for the year with an ACL injury.

Can you believe the Luck kid is coming back?

They're going to play on one goal. It's going to be awful.

It's been less than a year, and St. Mary's' magical run to the sweet 16 has already been reduced to: "oh yeah, they had that fat kid."

We're all going down anyway. At this point all you can do is at least try to enjoy yourself.

Where is Lute? Has anyone checked on this?