Charlie Strong is about to get paid

Share All sharing options for: Charlie Strong is about to get paid

"It's been great that he's been able to keep his staff together to this point, and I can tell you those guys are really getting after it and they're having a great time," Jurich told the C-J. "They're on a rocket ship right now, and it's fun to watch." 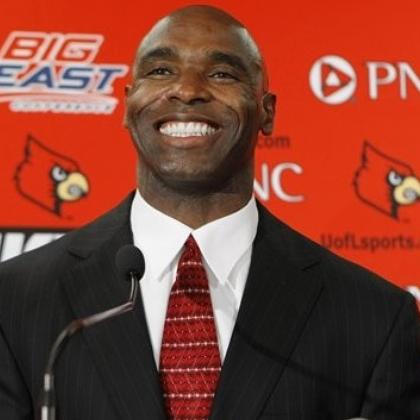 Jurich said the fact that he expects Strong to continue to draw the attention of other programs was a major factor in going ahead with this extension.

The easiest portion of this restructuring? The negotiation on the limit of annual Mike Rutherford hugs. Hint: there's not gonna be one.