--The two most beat-up teams in the Big East square off in an enormous league game for both.

U of L has been without lone returning starter Jared Swopshire for the entire season and leading rebounder Rakeem Buckles since late December, and has three key contributors - Terrence Jennings, Mike Marra, and Gorgui Dieng - who will likely play tonight despite injuries. 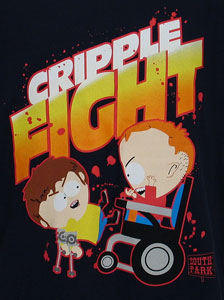 West Virginia will make its debut in the Yum Center with just eight scholarship players. Leading scorer Casey Mitchell was suspended indefinitely earlier this week and sophomore Dan Jennings walked out on the team in the middle of Saturday's win over South Florida. But the real issue for WVU has been the fact that it essentially does not have a freshman class. Kevin Noreen had season-ending knee surgery on Jan. 12, Noah Cottrill withdrew from classes for the spring semester, Darrious Curry was not medically cleared to play, and David Nyarsuk did not meet NCAA eligibility requirements.

--Louisville and Bob Huggins have a bit of history.

While the extreme dislike is no longer there, Huggins leading a team into a Louisville arena to face the Cards still makes this more than just another games.

Huggy Bear has lost two in a row in Louisville, and three in a row at Cincinnati, where the Mountaineers will play on Saturday.

"Obviously we want to get two wins," Huggins said. "I think we're very capable of winning."

With Mitchell out, Huggins plans to start both point guards Joe Mazzulla and Truck Bryant, a tactic which figures to help WVU counter Louisville's pressing attack.

No Mountaineer outside of Mitchell is averaging more than one made three-pointer a game, but Huggins claims he is going to turn Mazzulla loose from behind the arc. The senior, who is best known for his defense, is just 1-of-13 from deep this season.

WHAT TO WATCH OUT FOR

--The 'Eers don't shoot the ball particularly well, but average 15.1 rebounds a game on the offensive end alone. With Terrence Jennings still hobbled by a hip injury, there's a lot of pressure on freshman Gorgui Dieng to play bigger and stronger than his lean frame in the post.

--Also look for Mazzulla to hound Preston Knowles for 30-35 minutes. His physicality will make it difficult for Knowles to get anything resembling a clean look (which might actually be good). This is the same guy who forced John Wall into one of his worst games of the season in the Elite Eight last year.

--Kevin Jones has been the player Huggins says has to step up in the midst of all this turmoil. The junior is the team's most experienced player and (now) leading scorer. He's the type of big, athletic, versatile player that the Cards still don't really have an answer for on the defensive end.

--Mazzulla and Bryant are both capable ball handlers and heady decision-makers. U of L cannot afford to give up 6-8 cheap points because they didn't hustle back after a made shot or were out of position when pressing. One of these guys will make them pay.

--West Virginia is 2-0 against Top 25 teams this season. Louisville is ranked in both polls.

--Louisville is 4-2 against West Virginia in Big East play and 7-3 against the Mountaineers overall. West Virginia won the only game among the two last season, 77-74.

--Bob Huggins is 15-14 all-time versus Louisville.

-- Rick Pitino is 6-2 against West Virginia.

--"I know they’re a good team. They press a lot – Rick Pitino is a great coach. We’re just going to try and handle the pressure and not get too many turnovers, and just listen to the scouting report – go in there and play our hardest and win the game." --John Flowers

--"They have the loss of a player, but it's nothing they can't get through. We've done it every game." --Rick Pitino

--"The way Bob coaches, they'll play like a wounded tiger. Now they would rather have (Mitchell) certainly, but they'll pick it up. Regardless of that factor, we have to play our game. We're at home and we have to do good things coming off a difficult loss." --Rick Pitino

--"Obviously we want to get two wins. I think we're very capable of winning." --Bob Huggins

--"A couple of the older guys are taking it on their shoulders to make it important and stress it more. That's what us older guys have got to do. We know what it's like and we've got to push through that. The older guys are supposed to be leaders." --Cam Thoroughman