Share All sharing options for: Louisville stunned by Providence

I wasn't exaggerating (much) when I said in the game thread that this was a night where just about everything that could have gone wrong did go wrong.

--Knowles and Siva in foul trouble

--Terrence Jennings playing very well and then re-injuring his hip 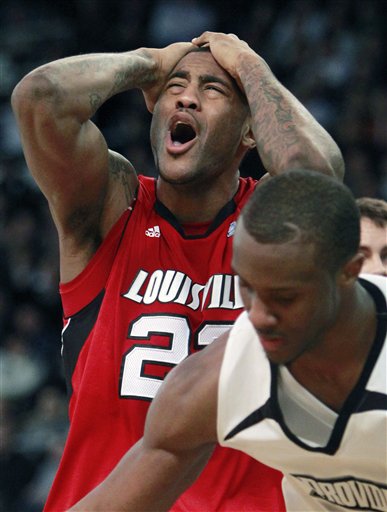 --Preston Knowles getting uncontested threes for the first time in weeks (seriously, scouting report: don't get a hand in his face)

This isn't a season-killer, but these guys just made things a lot tougher on themselves.