When I get frustrated in conversations I have a tendency of trying to end them by saying, "it is what it is." This generally doesn't go over very well.

It's a line I've also found myself uttering more than once over the past 24 hours. There are certainly things to be frustrated and worried about, but on the surface the synopsis is far less muddled: Louisville went on the road and lost to a clearly more talented team on a night when said team performed especially well. If you want to get into the issue of why the opponent is a much more talented team, well, it is what it is.

The game is almost a day old and chief focus becomes Marquette once the sun rises, so let's do this quick.

Wednesday was Louisville's lowest rebounding total of the season. Considering that Villanova doesn't exactly have a towering presence inside, that number can be attributed almost entirely to being out-of-position and not as quick as our opponents.

Will someone, ANYONE (if you're a manager reading this, sack up and do some coaching) tell our bigs that if they're under the basket and an opposing player is attempting a 15-foot jump shot, blocking out your man is a better move than running at the shooter and trying to block a shot you're still seven feet away from. How many times does this have to happen before an adjustment is made? 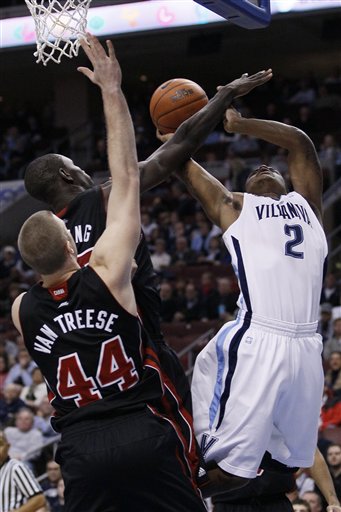 Perhaps the worst part of Wednesday's loss was that we wasted exceptionally good shooting nights from Preston! and Chris Smith. We can't expect Knowles to keep doing this night-in, night-out, so when he's on fire and we still go down, it's an especially viscous blow.

Speaking of Preston, if you're going to applaud him now you lose the right to crucify him on nights when his shots aren't falling. Taking challenged shots when he has an inch of space is what he's been told to do, and honestly, it's probably the gameplan that gives us the best shot at winning. We have so few guys capable of creating their own shots that a seemingly wild Preston shot is going to be our best offense about 3 out of every 4 trips down the floor.

I heard someone in the bathroom at halftime of the UK game telling a Wildcat fan that, "Knowles has been your all's best player so far." He also ended up being the only reason we didn't lose by 40.

If you're going to praise him when he scores 31, you can't call him "Sosa light" when he goes 3-of-14 and we get beat. No, the program shouldn't be in a position where a guy like Preston is looked to as the main source of offense, but it is. It's not the kid's fault, and quite frankly, he's been tremendous so far this year.

Also, yes, it's gotten to the point where the exclamation point is now assumed.

A big thank you to J.R. Smith for paying his little bro's tuition so he can play here. Our second or third best player (and best-dressed) right now is a walk-on.

Someone tell Peyton Siva that he can't get away with trying to dribble loose balls anymore. This isn't high school. Pick the ball up, compose yourself, then attack. It's happening about three or four times a game now, and last night it happened a couple of times during really crucial periods.

The cool moves in the lane, though, those can continue.

Worst hands of any Louisville team I can remember.

I heard it said more than once on Thursday that Stephen Van Treese has the potential to be an All-American volleyball player. I'd agree if his hand-eye coordination was a little better. Keeping a rebound alive is a great play in certain situations, but at some point you have to at least make an attempt to grab the ball, young man. Crushing spike after spike on every missed shot did us zero good.

He works his ass off and I hear he's a great kid, but I have never been a fan of Stephen Van Treese getting more minutes. He can't shoot, he can't pass, he can't catch, he can't dribble, and he's air-balled at least three lay-ups this year. If we need a big body for defense (like we did against UK) then I'm fine with throwing him out there for some short spells. Otherwise, he's just too untalented to not hurt us, regardless of how high his effort level is.

I don't even know what to say about Terrence Jennings at this point. Part of me hopes that we find out he's dealing with some sort of issue just so we'll know that this isn't normal.

Gorgui Dieng still doesn't fully know what he's doing out there and he's our only real option in the middle right now.

Gorgui rules, by the way.

I love Jay Wright. I'd give anything for him to come here whenever Pitino decides to call it a career. 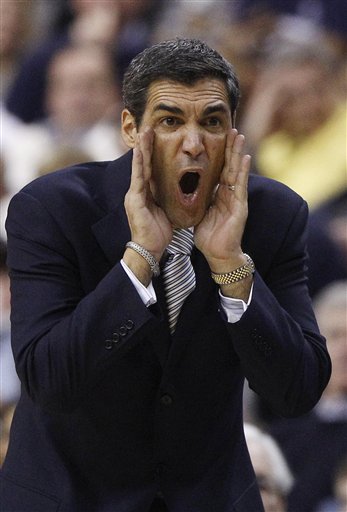 Siva and the rest of the guys handled Nova's 1-2-2 press very well for the most part. It was encouraging, especially since we'll probably see at least a little of the same from Marquette on Saturday.

Stokes and Yarou were both tremendous, but if we don't improve defensively we're not going to make the tournament. This team has a great attitude, but they do (maybe subconsciously) get lazy on defense when shots are falling on the other end. The problem is they're simply not good enough to do this.

Last year's group was the first Pitino team in the Big East era that wasn't carried by its defense. Things didn't turn out swimmingly. A similar fate awaits this group if it doesn't get committed to keeping teams from lighting up the scoreboard.

The bottom line is this: we were supposed to lose and we lost.

The worst part about the Big East is that you can never take a night off only take Depaul night off, but the best part is that there's almost always another chance for a big "resume" win lying ahead. This isn't the A-10 or the Mountain West where if you have an off-night against the only highly-regarded team in the league you're essentially done. Louisville has four games left against teams in the top ten, and three others against teams in the top 25. At least a couple of those squads are going to have below-average games against the Cards, and that's when they have to take advantage.

The Big East is a grind. There's another big one in about 36 hours.