Adding 2011 National Champion  Rose Bowl Exhibition Champion TCU to the Big East in 2012 may yield a small uptick to Louisville's future strength of schedule. However, it's hard to imagine any program on the list above challenging the Cards more than the top Big East teams. And that's saying a lot. Or a little. 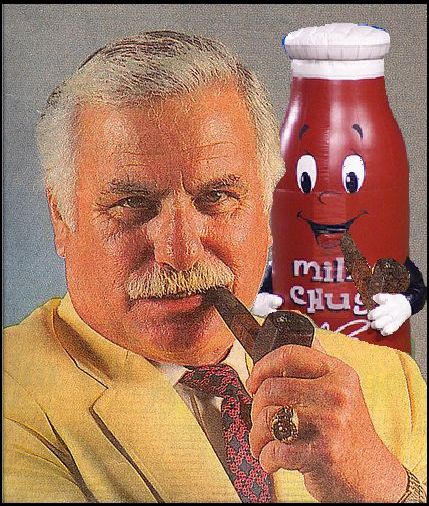 For a program that wants to take itself seriously--a program built on a pipe's dream of a collision course with the national championship--I find this schedule disingenuous. Underachieving. Lacking balls. It hasn't hurt recruiting under the new regime, at least not yet. But aside from Kentucky and North Carolina (I guess?), how many season ticket holders are excited about this non-conference schedule? Not that it's all Louisville's fault. And yes, there's still a couple open slots in 2014, 2015 and 2016. But you see my point.

Can Charlie Strong reach out to big boy programs to convince them to schedule a home-and-home with Louisville like Tennessee, Penn State, Florida State and Miami have over the last 20 years? Or more importantly, does he want to? Probably. A weak non-conference schedule could become a possible tool used by the enemy to lure targets away from Louisville. The recruiting pitch "you can start right away" will have a short shelf life if Strong and his staff continue to recruit as successively as they have in their first full year.

Nothing's changed, the Cards must win every football game, every season to play for all the Tostitos for the foreseeable future. And perhaps until the NCAA adopts a different post-season format for Division 1A football. But even an undefeated Louisville team could get caught on the outside looking in should there be more than two undefeated teams at the end of a given season. Or even a one-loss SEC team. And who could blame the BCS after digesting the non-conference cupcakes U of L has scheduled? This system may be unfair but its formula is not new.

Of course, a Louisville fan worrying about the BCS National Championship just one year removed from suffering a Kragtastrophe is speeding. It would also be wise to give Strong some time to put his mark on the non-conference schedule before getting too worked up about it. After all, it won't change the perception of our conference any time soon.

Barring a miraculous upswing in conference prestige (and talent, coaching retention, etc...), the Big East will continue to receive only one invite to the annual 10-team BCS party. Thus, even if he schedules sexier non-conference teams every year, Strong must successfully navigate the conference slate each season and finish atop the Big East standings to return Louisville football to the national discussion. Because beating Florida International and Memphis won't.