According to Yahoo's Tom Dienhart, Steve Kragthorpe's "people" have reportedly reached out to the Connecticut athletic department and made it known that the former Louisville head coach is interested in taking over the Husky program.

My guess is that interest from the other side is significantly lower.

If Krags does end up landing anywhere, it'll be back at Tulsa. Still, can you imagine? The Louisville/Connecticut football rivalry has been slowly gaining traction since the unfair catch game, but this would catapult it into an entirely different level.

A man can dream. 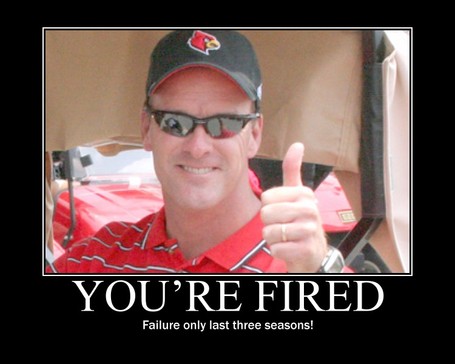 Chances that all of Kragthorpe's "people" also have the last name Kragthorpe: 100%.