Louisville fans to get an early look at Wayne Blackshear

Share All sharing options for: Louisville fans to get an early look at Wayne Blackshear

It was announced Monday that Louisville commit Wayne Blackshear, the crown jewel of Rick Pitino's class of 2011, will be playing some basketball in the Derby City a bit earlier than expected.

Here's hoping the game gets moved to a larger venue, otherwise you're going to be hard-pressed to find a seat.

Blackshear has already had a tremendous senior season for Morgan Park. He scored 56 points in an early December game, nearly broke Jon Scheyer's scoring record at the prestigious Proviso West Holiday Tournament, and left Illinois Governor Pat Quinn saying, "I hope Wayne Blackshear is playing for the Bulls someday" after a 44-point performance on Dec. 27. 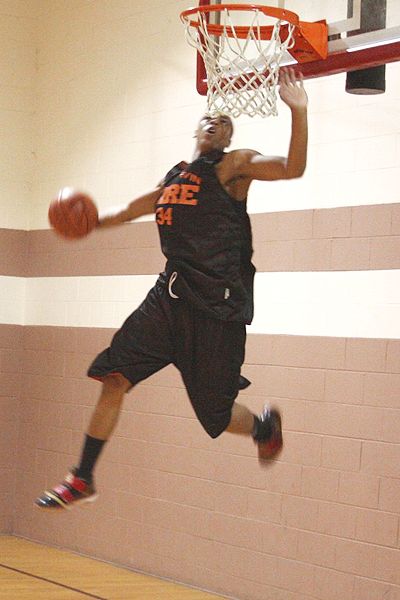 I'm not the first to say it and I won't be the last, but Wayne Blackshear will make more of an impact in his freshman season than any other player in the Rick Pitino era at Louisville. He also might very well be the single most important individual when it comes to the success of this program over the course of the current decade. If Blackshear comes in, lives up to the hype, and helps lead a highly successful season or two, then the fans are happy, Rick Pitino's happy, and the recruits probably keep rolling in. If he doesn't and Louisville doesn't see the second weekend of the NCAA Tournament in 2012 or 2013, the fans go ballistic, Pitino probably doesn't hang around, the recruits stop showing interest, and the program slips into a state of flux.

Come out and catch an early glimpse of the future.