I (Charlie Strong) Am On A Horse: Cards-Cats 2010 Prediction Thread

Share All sharing options for: I (Charlie Strong) Am On A Horse: Cards-Cats 2010 Prediction Thread

Yawnz wins the Entire Internet with this photoshop, which shall serve as the official 2010 Governor's Cup Prediction Thread Image. 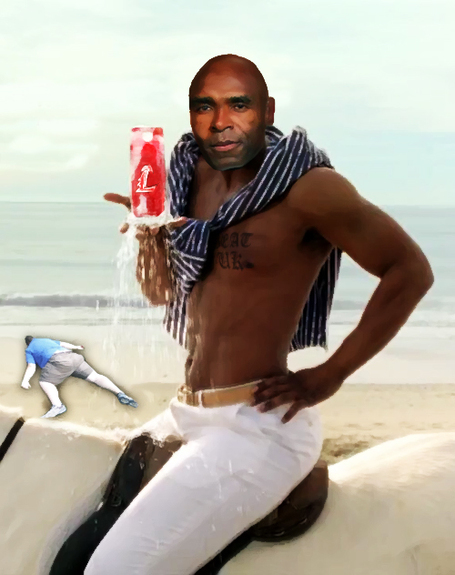 This game is so much awesomer when played as the first game of the season.  Especially when both teams have a new head coach, one team has a brand spanking new stadium addition and Charlie Strong is on a horse.

Cardinal Defensive MVP:  Daniel Brown leads the team in tackles, but Terrance Simien is the best player on defense.

Specific Vision:  On critical third down late in the game, UK runs a misdirection or play action resulting in Moncell Allen gaining a ton of yards and getting a key first down.

Final Score:  Kentucky 31 - 13 Louisville.  Kentucky's running attack controls the game, Locke breaks a big one, Louisville's inexperienced secondary gives up at least one big passing TD.  Last time UK ever wins Governor's Cup.  My heart says the Cards pull it off tomorrow, my head says the offense can't win the game outright and the defense can't keep it close enough to put us in a spot to win.