According to one recruiting service - I'm not sure which one and I'm not going to look it up because I don't feel like it - Charlie Strong's class of 2011 has jumped from No. 37 to No. 27 just this week. I enjoy him being our head football coach.

Here are the guys (outside of Chris Dukes who we've already seen) that made it happen.

And the newest commit, Terrell Floyd, another athlete out of Florida who picked the Cards over Kentucky, South Carolina and West Virginia, among others.

This is also worth a gander: 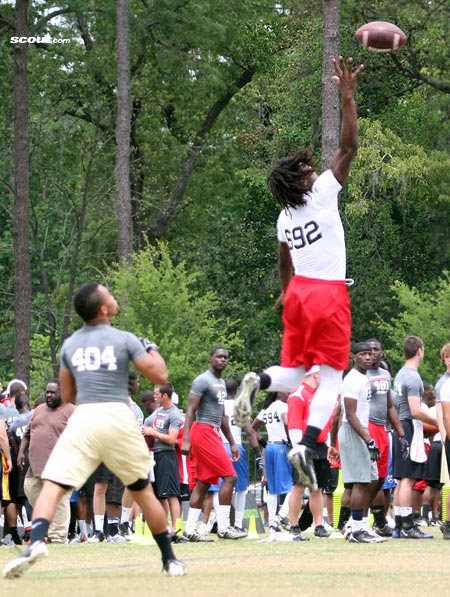 I like the looks from the kids on the sideline.

Here are some updates on how some of Strong's older commits fared this past week.

You can check out the full rundown on Jody Demling's blog.