Share All sharing options for: LeFors expected to join WHAS as analyst

WHAS is expected to announce that former Louisville quarterback Stefan LeFors will be joining its Cardinal football broadcast team as an analyst. Paul Rogers, of course (and thank god), will still be in the booth doing play-by-play. 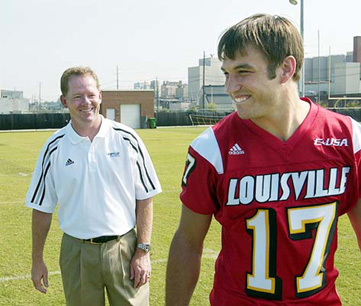 LeFors, who had been dealing with a string of injuries, was expected to compete for the starting quarterback job for the Winnipeg Blue Bombers of the CFL before retiring from football last week.

I have no idea where I heard that. Probably AnVillen.