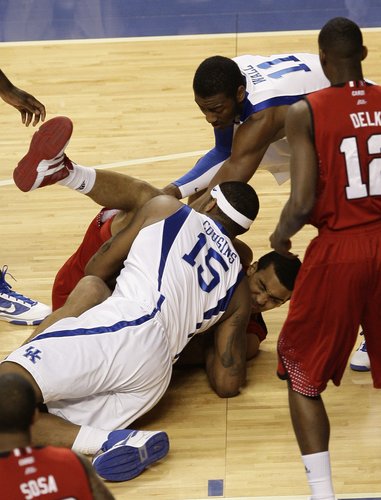 --Blatantly elbowed Jared Swopshire during the first half of the Louisville game.

--Was not thrown out, and play eventually resulted in free-throws and possession for Kentucky.

-- Finished the game with a dominant 18 points and 18 rebounds.

--Continued his elbowing and unlikeable ways for the rest of the season.

--Was vigorously defended and labeled as "colorful" by the Kentucky fan base.

--Did not appear in the Final Four. 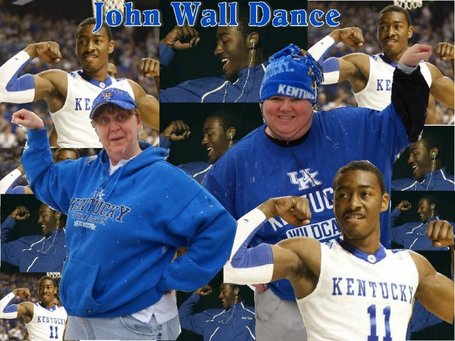 --Only non-person in the tournament (the EA Sports Series narrowly missed the field).

--A dance created by Louisville rapper Kenzo which was mimicked by John Wall at Big Blue Madness.

--Dance would eventually be performed ad nauseum by rhythm-less Kentucky fans everywhere, 75% of whom had no idea what was going on but were following the lead of the overly-aggressive and obnoxious male at the social setting.

--Had a segment devoted to it on College GameDay.

--Claimed bicep flexing (something I used to do religiously) as its own.

--Something that could seriously only be considered anything resembling cool by Kentucky fans.