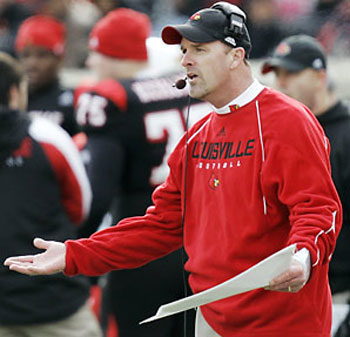 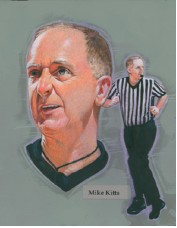 --Sucked every bit as much as usual during the 2009-2010 college basketball season.

--Sucked even more than usual during Louisville's Jan. 30 loss to West Virginia when he missed a late call because he was ducking out of the way of the ball and then improperly consulted video replay to make the call, costing the Cards a shot at a huge victory.

--Two other highly questionable calls (ball out off Mazzulla's head, no foul called on Delk's three) inexplicably went against U of L in the game where Kitts was serving as lead official.

--Was banned from the Big East Tournament because of above transgressions.