The second-ranked player in the Class of 2011, who earlier this month told reporters that he was "feeling" Louisville, tweeted yesterday that the following schools are on his short list:

Many feel that Louisville has emerged as the leader for Miller this summer, including Fox Sports' Jeff Goodman, who stated that his "gut feeling" was that the Chicago-native would wind up a Cardinal, but made no mention of what Mike Rutherford's contest prize from last November would be or when he would receive it. 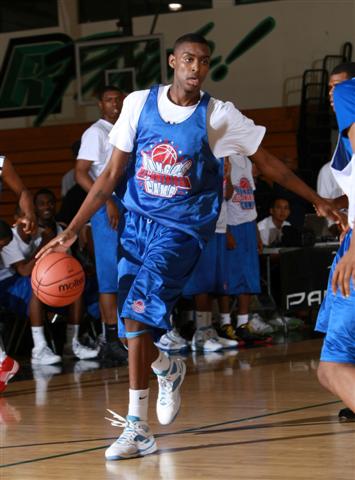 Miller is a teammate and close friend of the uber-athletic Deuce Bello, a player many feel is also currently a Louisville lean.