The Simms are quickly deteriorating into the Botwins of football.

The Post reported that police observed him around 2 a.m. with red eyes, a flushed face and slurred speech.

Simms rejoined the Titans this offseason after playing for the Denver Broncos last year. He's a former patient of Canadian doctor Anthony Galea, and said he was a "big fan" of Galea after authorities charged the doctor in May with federal drug crimes.

Simms also said in May that he had seen maturity in fellow Titans QB Vince Young this offseason and added that he thought young finally realized "you have to put your work in" to be a good NFL QB. 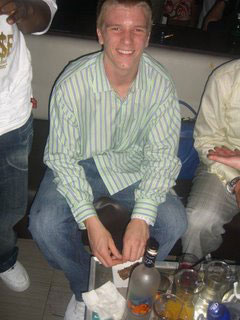