Word is circulating that Louisville has ended its pursuit of dismissed Georgia quarterback Zach Mettenberger following his plea of guilty to two misdemeanor counts of sexual battery earlier this week. He was reportedly going to visit the U of L campus this weekend before Charlie Strong sent word that he and his staff were no longer interested.

It had been widely reported that Mettenberger, a redshirt freshman who many believed was going to end up starting for the Bulldogs in 2010, had narrowed his transfer choices down to U of L and Cincinnati and would choose between the two following visits to both this month. 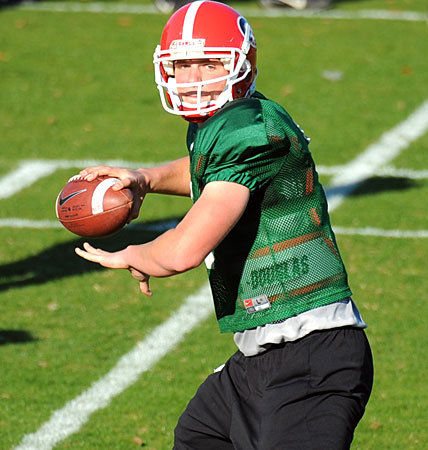 The situation is a bit reminiscent of when, just weeks into his Cardinal coaching career, Steve Kragthorpe opted not to pursue Arkansas transfer Mitch Mustain in an apparent effort to appease incoming freshman Matt Simms. Mustain ended up at USC and I thought the move was Kragthorpe's first major mistake on the job.

Obviously, turning away a talented kid who just plead guilty to sexual battery is extremely different than shying away from a talented kid with a couple of overbearing parents.

Strong has talent coming in at the quarterback position, and not taking a high-risk kid like Mettenberger this early in his head coaching career is the right play.