Share All sharing options for: Strong lands 12th commitment from class of 2011

Xavier "Zay" Sharp, a running back from Griffin, Ga. became the 12th player from the class of 2011 to commit to Charlie Strong and the University of Louisville when he did so Friday evening.

At 6-2, 220-pounds, Sharp will provide some much-needed size and power to a backfield that will become markedly thinner once it loses Bilal Powell to graduation.

Sharp, who is also a track standout, had received interest from Miami, Michigan, Auburn and North Carolina, among others before signing with U of L. He attended Louisville's spring game on April 17. 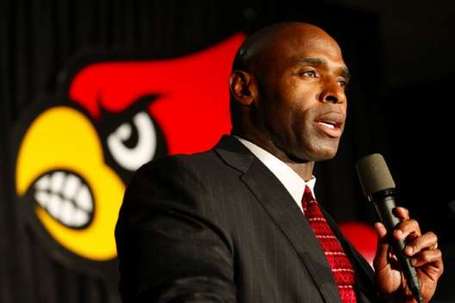