The brief high associated with the Coach Cal to the Bulls rumors have given way to this report from ESPN.com:

Louisville sophomore center Samardo Samuels will keep his name in the draft and retain the services of an agent, multiple sources have told ESPN.com.

An announcement is expected Wednesday.

Samuels is considered a fringe second-round pick and his entry into the draft shocked Louisville coaches and administrators, who believed he was making a mistake. But sources say there will be no turning back for the 6-foot-9 Samuels, who projects as a tweener between center and power forward in the NBA.

I thought the 2009-2010 roller coaster was over.  Unbuckled my seat belt, exited to the left and everything.

Best of luck to you, Samardo.  Thanks for the memories. 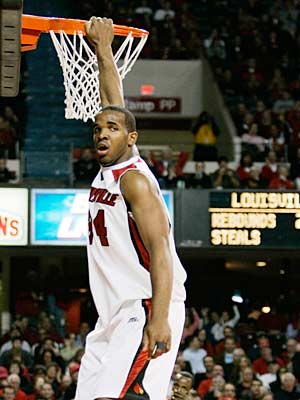