Share All sharing options for: 2010 Edition of Better Know a Cardinal: Defensive Line

It's officially summer.  Well, not officially, but considering Memorial Day has past and it is like 1000 degrees in Louisville with 75% humidity, only the strictest of solisticeophiles can call me on that statement.  We've got about 96 days until the Governor's Cup at the newly renovated PJCS, and there will be lots of new faces who will be taking the field for the Cards that day.  With Charlie Strong at the helm, fans are anxious to finally have a defense that matches up to a high-powered offense.  They say defense starts in the trenches, and graduation and a lack of recruiting has left that position thin.  So with the possible exceptions of quarterback, wide receiver, running back and the offensive line, the newcomers on the defensive line will have to have the most immediate impact for the Cards to have a decent season. 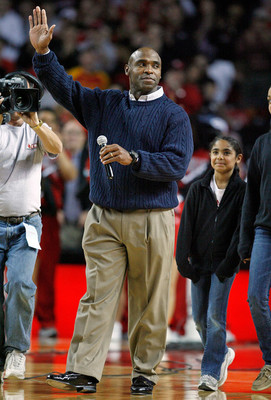 Can they do it?  Let's meet them and guesstimate together.....after The Jump.

Meet B.J. Butler, a 4-star according to Scout.com and 3-star according to Rivals.com, Butler is probably the best incoming defensive talent in the 2010 class.  Originally a Georgia commit, Butler comes to the Cards from Osceola High School in Kissimmee, FL, which is not pronounced like "kiss me" with an exaggerated Italian accent, but rather, kiss-EM-me.  Anyway, the 6'3'', 245-lb DE also played LB in high school.  We actually have some experienced returning players who play defensive end, so if Butler is starting against the Cats it is because he is really freaking good.  Chad Simmons from Scout.com says:

Butler plays all over the field on the high school level, but he will end up as a big linebacker or defensive end in college. Lining up on the edge is where he may be the best - he is quick off the ball, he really changes direction well, and he has a lot of room to grow physically. He will need to work on his technique, especially his use of hands, but that will come in time. - Chad Simmons - South Region Analyst

Sounds like a good pick-up.  And if you disagree, here is what he'll do to you:

If anyone has any bad news to give Mr. Butler, I would suggest doing it over IM from a secure location.

Official CardsFan922 Prediction:  Butler sees a little bit of action in the UK game and is starting by mid-season.  If this were next year or two years into Strong's tenure, he would redshirt, but I don't think we have that luxury this year. 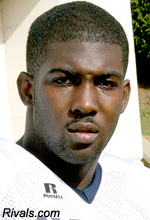 The other defensive end, who committed before Strong's hire, is Tyrone, GA's Lacy Coleman.  At 6'5'', 217, he seems to be a little on the small side (I realize that looks ridiculous in any other context) and is a good candidate to redshirt and bulk up this season.  A commit since last summer, Coleman stuck with the Cards and, importantly, the Cards stuck with him.  According to UofLsports.com, Coleman is:

ranked as a three-star prospect by Scout.com and the 79thbest defensive end prospect nationally... voted as the 70th top prospect in the state of Georgia... team fi nished the season with a record of 14-1... member of state championship team his senior year... Most Valuable Player at the Scout.com Combine in Atlanta... named to Atlanta Journal-Constitution fi rst-team All-State... had 15 tackles for loss his senior year... chose Louisville over East Carolina, Toledo, Louisiana-Monroe and West Virginia

CardsFan922 Prediction: Redshirt and spend the year eating about a horse a day.  If he sees significant action at DE, we are in real trouble this year.  3-4 year contributor.

This is a position we are really, really, really thin at, but we could have been a lot less thin (fatter seems like the wrong word here) if we had picked up one Todd Chandler,  the Marquis Teague of the 2010 football recruiting class.  But lost in the heartbreak (it was mild, but there) was the commitment of Rhodes after signing day.

Rhodes spent a year at Hargrave learning military strategy and according to Scout.com had an offer from Virginia Tech, which from time to time has been known to put together a good defense.  At 6'3'', 280 lbs and with a year after high school already under his likely-massive belt, Rhodes physically could step in and plug some holes on the line.  Rhodes is a 4-star on Rivals.com and there's some video for subscribers (you know who you are...) but there doesn't seem to be much out there about the guy.  According to our always reliable freneblog UofLCardGame, Rhodes was the third ranked DT in 2009 and the 11th ranked overall player, and had originally committed to VaTech.

CardsFan922 Prediction:  Considering our DT depth chart is scary....no offense to the Chron favorite Rock Keys (who CAN call it that) but like, look at it and tell me how on earth we aren't playing a 3-4....I predict Rhodes will be starting the UK game and every game after.  Maybe I'm wrong....Salmon, High and Philon aren't terrible, and Scruggs has a ton of time at DE so at least he's been in games before....anyway, sticking with it: 4-3 and Rhodes starts all season. 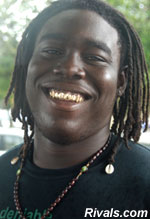 The lesser rated of the two Defensive Tackle commits this year is Miami native Jamaine Brooks.  At 6'4'', 285, he certainly looks the part.  In fact, scout.com's positives are two things you can't teach: athleticism and size.  Trust me, I've tried to teach size, it doesn't work.  No, not like that!  This is a family blog.  I meant in high school.  No, wait!

Anyway, the two things scout's analysis found as negatives are things that can be fixed: Intensity/Effort and Techniques and Moves.  Under the last regime, I would be concerned, but if Charlie Strong can't get your intensity/effort up and his staff can't help with the technique....well, maybe college football is not for you.  According to uoflsports.com, he "emerged as one of the top defensive line prospects in Dade County" but they also think he's on the OL, so why should we trust them about that? It's true, that's why.

Defensive line is a tough position to really put together a good mix-video, but there's one out there for Jamaine:

CardsFan922 Prediction: Seems like there is a lot of upside with this kid, and he also seems like the kind of player that under Petrino would have been a starter and possibly a star by his junior and senior year.  Will Strong have the luxury of giving this kid a redshirt year to get acclimated, improve his technique and get his effort right?  I sure hope so.  So my prediction is that he doesn't play until about halfway through the season when a couple of injuries (not like bad ones, just 1-3 gamers) really leave us with no other choice.  I will watch him enter the game with a mix of disappointment and anticipation.  Or I will not even notice and have forgotten this post 5 months from now.  Either way, I will check back to this post in 2012 and, assuming the world/this blog has not ended, pat myself on the back when he is a pre-season Big East first teamer.

Finally, even though they committed last year, Tim High and Joseph Townsend did not play much and will be counted on more this year.  So take a look back at last year's first installment of BKAC, ignore my huge error of including/touting a guy who didn't actually sign with us, and better get to know those two all over again.

So there you have it.  Welcome aboard everyone.  Let me know when you get your Twitter account set up.