Honestly, this might be the most embarrassing offseason tidbit to come out of the program over the past 14 months.

"I was debating between St.John's, Pittsburgh, Villanova and Cincinnati, but I didn't want to put that on Mic (Cronin) so I went with St. John's," said Pitino.

The Red Storm finished 13th in the Big East a season ago and fired head coach Norm Roberts after an opening round loss to Memphis in the NIT. They return their top three scorers but lose standout Anthony Mason Jr. to (mercifully) graduation. 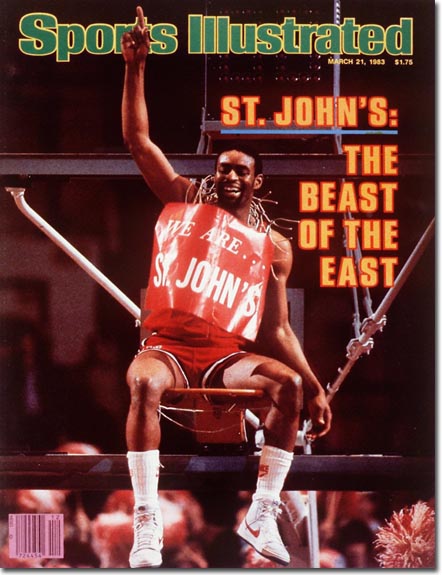 St. John's hasn't won more than seven conference games since Louisville joined the Big East in 2005. Their best league finish over that span is 11th in 2006-2007.

Look, I'm every bit as worried about Steve Lavin stealing my woman as the next guy, but I don't think the best way to deal with the situation is to blatantly lie to the man. If Lavin wants a female he's going to get her, if he wants a Big East championship he's going to have to convince the best talent in the New York area to stay home, and then he's going to have to develop that talent and mold it into a cohesive unit; the best hair in the world isn't enough to get the job done alone.

By the way, I said Syracuse would finish 10th last summer.