The first surprising bit of news from the Charlie Strong era is upon us as talented freshman quarterback Luke Woodley has reportedly left the U of L football program.

I find this a bit troubling since DeMarcus Smith's arrival on campus is still a year away (plus, he hasn't taken a live snap since he was a sophomore) and Dominique Brown's future may very well lie at a different position. Woodley likely had the strongest arm of Louisville's current stable of QBs a fact alone that makes his exodus big news.

Time will tell how much this move, should it stick, hurts. 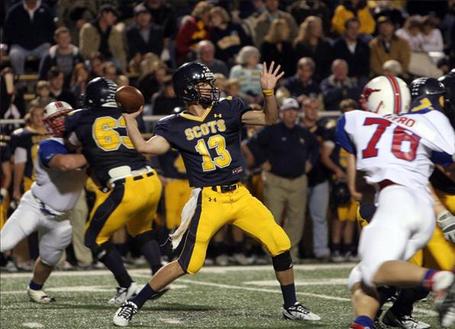 For now, let the Burke/Froman/Stein debate rage on.